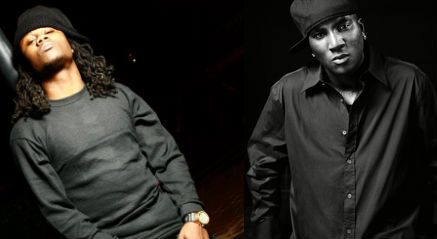 Jody Breeze is a member of the gold-selling group Boyz N Da Hood, which hit big with their single "Dem Boyz."

The group originally featured Young Jeezy, Jody Breeze, Big Gee and Duke, but Jeezy left the group in 2005 to go solo and was later replaced by Atlanta rapper Gorilla Zoe.

Last month, Jody Breeze released a song and video for "Uptown," which takes a number of shots at Young Jeezy.

"It could never be no situation, because little homie already know what it is with me," Young Jeezy stated today (October 29). "At the end of the day, I just take it for what it is. Ni***s f**ked up, ni***s talking reckless. If the ni**a wanna get signed and need some money, we’ll do that. But Jody knows what it is with me, I aint to be played with like that. I aint never disrespected the lil homie, I aint never brought his name out of my mouth of none of that bulls**t."

Simmering tension between the two almost flared last May in Atlanta, when a group of men affiliated with Young Jeezy approached Jody Breeze during a record release party for R&B singer Ciara.

The confrontation appears to have been the reason for Jody Breeze releasing "Uptown," which makes a number of disparaging comments about Young Jeezy.

"I see Jeezy across the club, I throw my hands up, I see this n***a looking at me," Jody Breeze stated in an interview. "He tried to act like he aint lookin at a n***a, like you aint just send these n***as over here. That’s some real hoe s**t."

Today (October 29), Young Jeezy confirmed the incident at Ciara’s album release party took place, but denied that it would have turned into a confrontation.

"I’m a real n***a," Young Jeezy said of the confrontation in Atlanta. "I just tried to holla at the n***a. I sent the homies to tell the n***a to come over here and f**k with me drink a little bit, but I guess he took it the wrong way."

Young Jeezy is currently preparing to release his new album Thug Motivation 103, while Jody Breeze is prepping a new mixtape with DJ Scream.