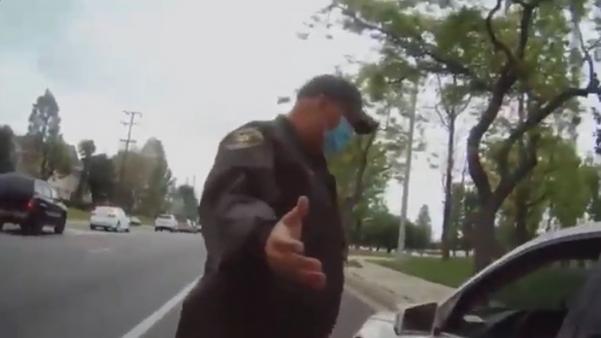 Body camera footage from a California traffic stop shows a woman harassing a deputy and telling him that he’ll “never be white” and repeatedly calls him a “murderer.”

The comments were made after the deputy pulled over the woman for apparently using her phone while driving, Newsweek reported.

The officer can be seen approaching the car and saying, “I pulled you over because...” before the woman cuts him off, saying “because you’re a murderer.”

Another deputy then arrives and after the woman signs the citation, she tells the deputy, “Here you go Mexican racist,” as she returns his pen.