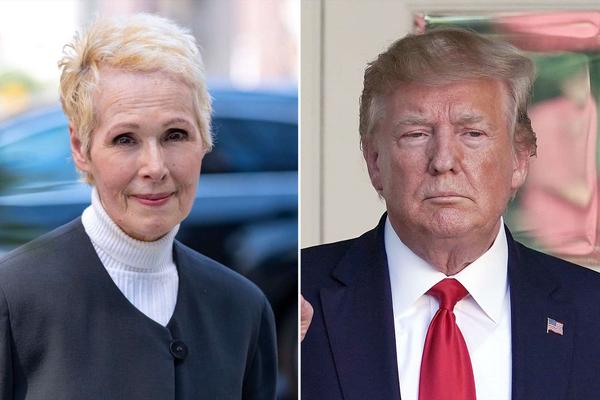 Carroll filed the lawsuit Thursday, the first day that civil lawsuits can be brought under the new law, the Adult Survivors Act, which gives adults a 1-year window to file a claim.

The lawsuit is the second Carroll has brought against Trump, but the first to seek to hold him accountable for battery for allegedly raping Carroll in the dressing room of a New York department store in the mid-1990s. The lawsuit also alleges a new defamation claim based on statements Trump made last month.

Carroll is asking a judge to order Trump to retract his defamatory statements and award compensatory, punitive & exemplary damages in an amount to be determined at trial.

In 2019, Carroll sued Trump for defamation after he denied her sexual assault allegation, said he never met Carroll, that she wasn’t his type & that she made up the story to boost sales of her new book.

“I don’t know this woman, have no idea who she is, other than it seems she got a picture of me many years ago, with her husband, shaking my hand on a reception line at a celebrity charity event. She completely made up a story that I met her at the doors of this crowded New York City Department Store & within minutes, ‘swooned’ her,” Trump posted on his social media platform Truth Social.

If the 2019 case is dismissed, the defamation claims from 2022 would not be impacted since Trump was not a federal employee last month when he made the new statements.