Would-Be Thieves Stopped When Man Sprays Them With Gas (Video) 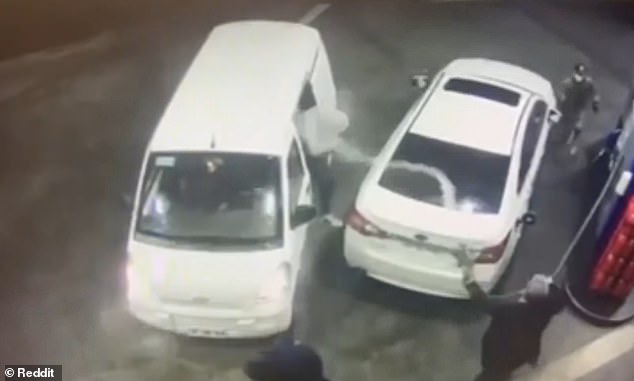 Not every victim of a crime walks away unharmed and this particular incident is one of those rare ones.

A man was filling up his tank when a group of thugs approached, hoping to hijack him but thanks to his ability to think on his feet, the thugs ended up being the ones running in fear.

In the short clip, the man can be seen filling up what looks like a BMW when a group of men stopped a taxi next to his car, the group then jumps out of the car and run towards the innocent man, he quickly reacts and starts spraying fuel all over the thugs and they all run for cover, abandoning their mission.

Watch the video below.