The line was a little shot at Wiz Khalifa's relationship with Amber Rose from 50 Cent.

50 isn't wrong about one thing, things have moved swiftly between Kanye West's ex and Young Wiz. Has is been too fast?

"It's pretty serious. I really, really dig her," Wiz told Hot97 recenly. "People think it's an image thing and that we're just doing it to be crazy, but like, for real, for real, it's just two great people meeting at a good time."

At a time when he should be checking the numbers for his new album 'Rolling Paper's, which is projected to sell around 200,000 units, Wiz is also taking time out to enjoy the finer things. 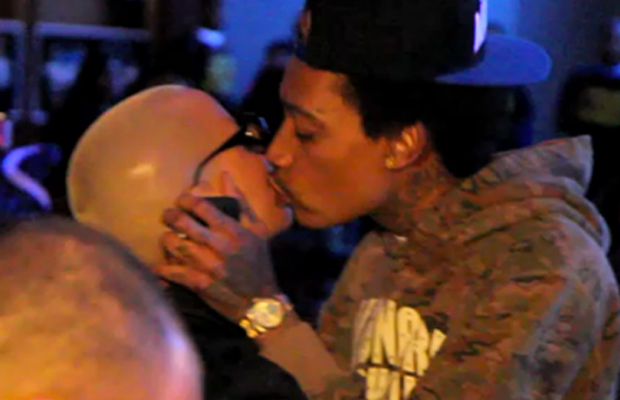 The question is, did Wiz make a lose his player card by falling for a video model or it's all good he's got wifey material?