Witchcraft Cleanup: Azealia Banks Sandblasts 3 Years Worth Of Sacrificed Chicken Remains Off Of Her Floor (Video) 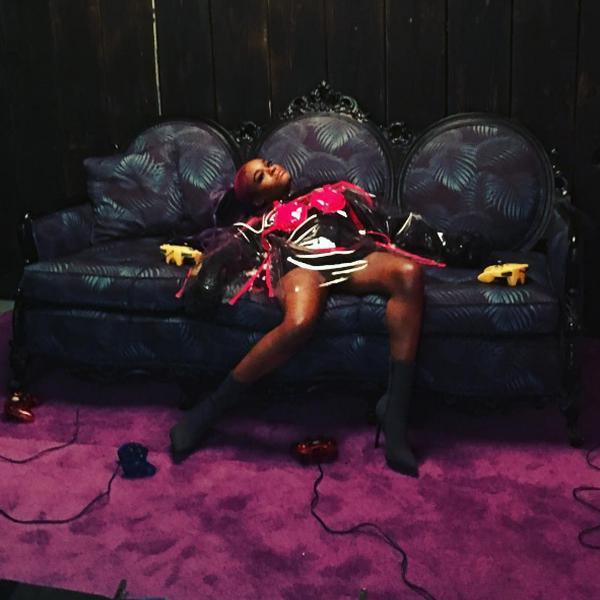 Azealia Banks has often referred to the use of witchcraft. Not everyone took her seriously. However, on Friday, December 30, the rapper posted an Instagram video that will probably go a long way towards convincing people that she's literally been practicing what she preaches. 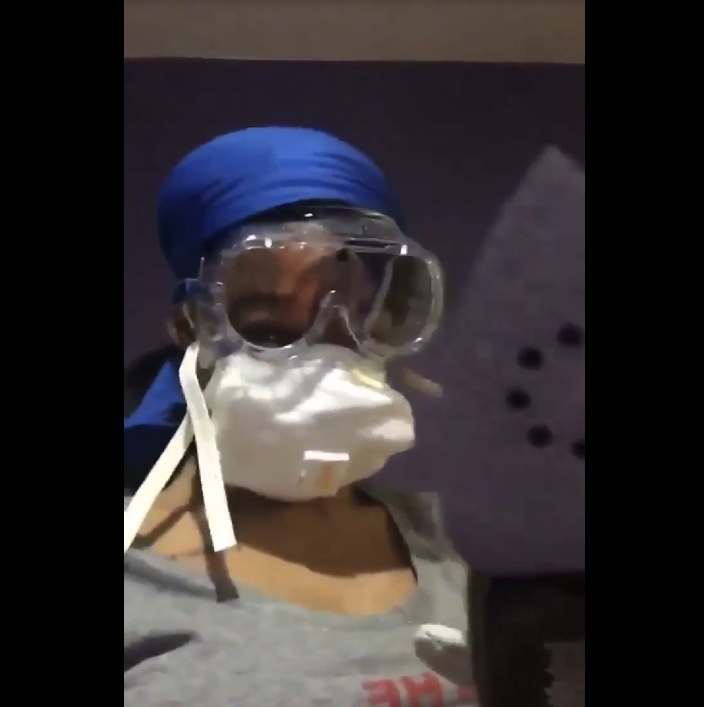 In the clip the 25-year old Harlem, New York native is wearing a blue scarf, a mask over her mouth and goggles. She's holding a sandblaster and points the camera towards a closet that looks like something out of a horror movie.

The floor and walls are covered in a dark blood stains and what appears to be feathers. 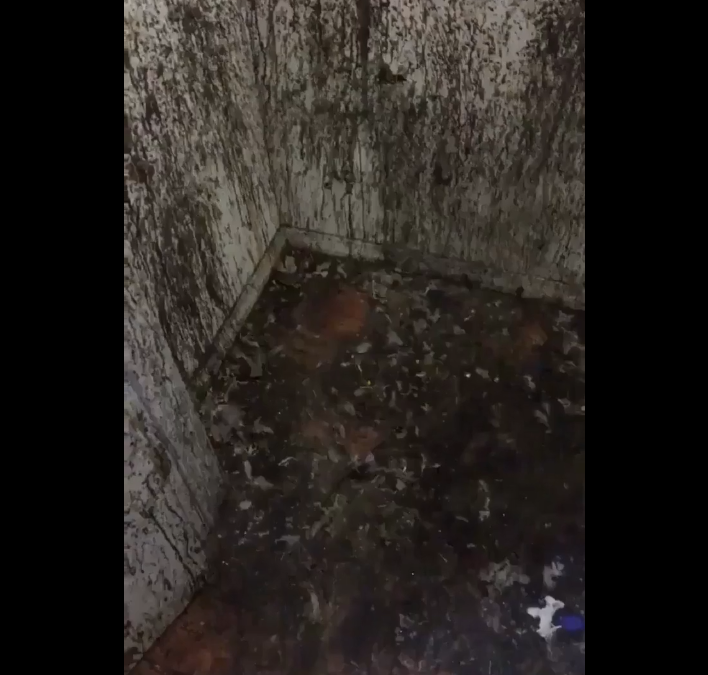 "The amount of crap that's about to come off my floor right now guys ... oh my God," she says in the video. "Three years worth of brujeria. You know I gotta scrape all this shit up. I got my sandblaster, my goggles. It's about to go down. Real witches do real things."

Banks then goes to work cleaning up the mess before the clip ends.

Brujeria is Spanish for witchcraft.

The Practice of Brujeria via Encyclopedia.com

"Among certain Hispanic and Native American cultures of the Southwest, the practice of Burjeria is feared as a manifestation of evil. Those who use rituals, spells, incantations, potions, and powders to work ill against others are known as brujas (witches), who are primarily female in number (the male witch is known as a brujo). All the negative facets of witchcraft feared by people throughout the world are practiced by the brujas: manifesting the evil eye, casting spells to cause physical or mental illness, bringing about bad luck, even death. The brujas create dolls in which they insert bits of the victim's hair, fingernail clippings, or pieces of clothing and focus their evil intent upon the miniature representative of the person to be cursed. If an Anglo doctor with modern medical techniques cannot cure someone who has fallen suddenly ill, a bruja is suspected as being the cause of the problem.

Brujas are also thought to be accomplished shapeshifters, possessing the supernatural ability to transform themselves into owls, coyotes, or cats. In the form of an animal, they may spy upon potential victims and may even administer a potion into their unsuspecting quarry's food or water or hide a bad-luck charm on his or her premises. There are certain amulets or rituals that offer some protection from the brujas, but the only sure way to rid oneself of their evil deeds is to employ the services of a curandero. Sometimes the curandero is able to contact the bruja through supernatural means and demand that the curse or spell be removed. In more severe cases, the curandero may have to direct a spell toward the bruja and defeat her on the spiritual level in order to force her to remove the evil directed toward the victim."