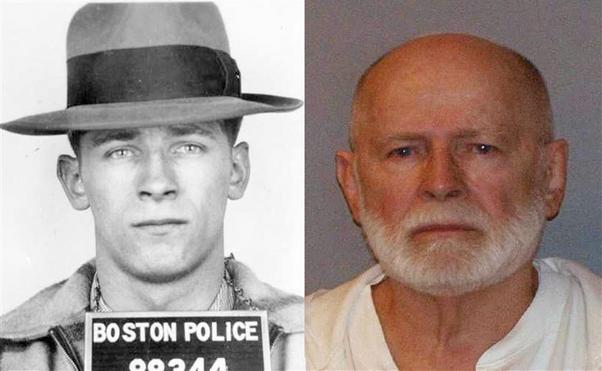 EASTHAM, Mass. (AP) — One of the jurors who convicted notorious crime boss James “Whitey” Bulger says she regrets her decision after learning that he was an unwitting participant in a covert CIA experiment with LSD.

Bulger terrorized Boston from the 1970s into the 1990s with a campaign of murder, extortion, and drug trafficking, then spent 16 years on the lam after he was tipped to his pending arrest.

In 2013, Janet Uhlar was one of 12 jurors who found Bulger guilty in a massive racketeering case, including involvement in 11 murders, even after hearing evidence that the mobster was helped by corrupt agents in the Boston office of the FBI.

But now Uhlar says she regrets voting to convict Bulger on any of the murder charges.

Her regret stems from a cache of more than 70 letters Bulger wrote to her from prison. In some, he describes his unwitting participation in a secret CIA experiment with LSD. In a desperate search for a mind control drug in the late 1950s, the agency dosed Bulger with the powerful hallucinogen more than 50 times when he was serving his first stretch in prison — something his lawyers never brought up in his federal trial.

“Had I known, I would have absolutely held off on the murder charges,” Uhlar told The Associated Press in a recent interview. “He didn’t murder prior to the LSD. His brain may have been altered, so how could you say he was really guilty?” At the same time, Uhlar says she would have voted to convict Bulger on the long list of other criminal counts, meaning he still would likely have died in prison.

Uhlar has spoken publicly about her regret before but says her belief that the gangster was wrongly convicted on the murder charges was reinforced after reading a new book by Brown University professor Stephen Kinzer: “Poisoner in Chief: Sidney Gottlieb and the CIA Search for Mind Control.” The book digs into the dark tale of the CIA’s former chief chemist and his attempts to develop mind control techniques by giving LSD and other drugs to unsuspecting individuals, including colleagues, and observing the effects.

“It was encouraging to know I wasn’t losing my mind, thinking this was important,” Uhlar said. “It told me, this is huge. I mean, how many lives were affected by this? We have no idea.”

Gottlieb’s secret program, known as MK-ULTRA, enlisted doctors and other subcontractors to administer LSD in large doses to prisoners, addicts and others unlikely to complain. In Bulger’s case, the mobster and fellow inmates were offered reduced time for their participation and told they would be taking part in medical research into a cure for schizophrenia.

After Bulger was found guilty by Uhlar and the other jurors, a federal judge sentenced him to two life terms plus five years. But his life behind bars ended a little more than a year ago, at age 89, when he was beaten to death by fellow inmates shortly after arriving in his wheelchair at the Hazelton federal prison in Bruceton Mills, West Virginia. No criminal charges have been filed.