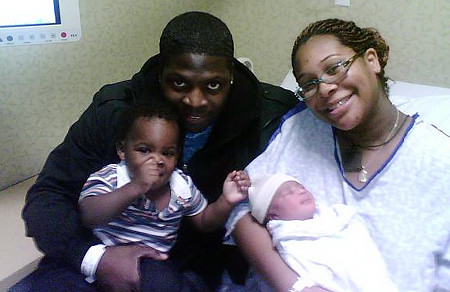 The city cop who fatally shot an off-duty officer in East Harlem was identified Friday as a 30-year-old Long Islander who has been on the job 4 1/2 years, sources said.

Officer Andrew Dunton is based at the 25th Precinct in Manhattan and - at the request of the district attorney's office - has not been questioned about the killing of rookie cop Omar Edwards.

Mayor Bloomberg said detectives were reviewing security tapes and questioning the suspected thief Edwards was chasing - with gun drawn - when he was shot and killed.

"The only thing that can come out of this is to improve procedures so perhaps it doesn't happen again," Bloomberg said.

"We all know policing is a dangerous job and accidents happen when people have guns in their hands, even legal guns in this case which they are authorized and trained to use."

The Rev. Al Sharpton called for a federal investigation "to sort out the facts" of the fatal shooting of Edwards, who was 25 and black. Dunton is white.

"Can police investigate themselves fairly and impartially?" he asked. "It would seem very difficult at best and unlikely in fact."

Both Edwards and Dunton were wearing civvies, but police rules put the burden on an off-duty officer to identify himself in any confrontation with other cops.

"The challenging officer, however, also has a responsibility to use sound tactics and judgement in approaching the situation," the NYPD Patrol Guide says.

It's unclear if Edwards ID'd himself as a cop when he turned - with the gun still in his hand - to face Dunton and the two other officers with him.

Sources said Dunton had his shield out - on a lanyard around his neck - and was wearing the color of the day when he yelled drop it.

"This is always a black cop's fear, that he'd be mistaken for a [suspect]," a source said.
The tragedy began just before 10:30 p.m. Thursday when Edwards, who worked out of a Manhattan housing unit, noticed the driver's side window of his car was smashed and spotted Miguel Goitia rooting around inside, police said.

Edwards raced to his car, which was parked on Second Ave. between E. 124th and E. 125th St., and grabbed Goitia. But the suspect managed to slip out of his sweater and escape - with the cop hot on his heels.
At the same time, Dunton and two other officers in an unmarked car saw Edwards running down the street.
They made a U-turn and got out.
"Police! Stop! Drop it!" two of them yelled, sources said.

Then Dunton fired six shots - hitting Edwards twice, once in the left arm and once in the chest, police said.
Edwards did not fire his weapon.

The cops didn't realize Edwards was one of them until rescue crews cut open his shirt to stop the bleeding and saw a police academy shirt. They then searched his pockets and found his shield, sources said.

Edwards' mother, Natalia Harding, said her son's dream was to be a cop "ever since he was a little kid." She said he had just married his girlfriend, Danielle Glen, and they have two kids - 1 1/2-year-old Xavier and 7-month-old Keanua.

"I'm hurt that they took my son," the heartbroken mom said between sobs Friday morning at her Brooklyn apartment. "That's my baby they took from me. And all I got was his last hug and kiss when he went to work [tonight] and he said, 'Ma, I'll see you when I come home.'"

Edwards' father couldn't fathom how such a fatal mistake could happen.
"If a police officer sees someone with a gun, you don't just fire without asking questions or trying to apprehend the person," said Ricardo Edwards, 72. "If the person was firing at a police officer, I understand."

Comment by Sweetpanties on May 29, 2009 at 8:47pm
That Other Cop Should Just Have Yelled And Said Stop But He Couldn't Do That!!!!Whats The Use Of Having That Kind Of Job If Your Not Going To Do It Right In The First Place????