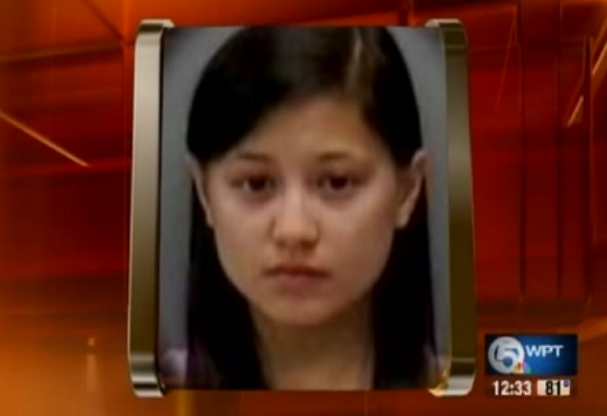 A once Ivy League bound Fort Myers, Florida teen is now headed to jail instead.

Rachel Anne Hachero, 17 was so intent on getting a a new car, a 2004 black Nissan 305Z, police say she hit her mom in the head with a 9 mm Sig Sauer handgun. Hachero then forced her mom to drive to the dealership, where she signed for the vehicle.

The mother in the incident has not been named due to the nature of the event. She didn't come forward to the police until the next day, because her daughter had threatened to kill her.

The assault would seem to go against Hachero's nature. The high school senior was an honor roll student who had been accepted to several Ive League schools already.

After reporting the event, the mom didn't want to press charges fearing it would ruin her daughter's college chances. Police took her into custody anyway after finding the gun she had used and discovering it was stolen.