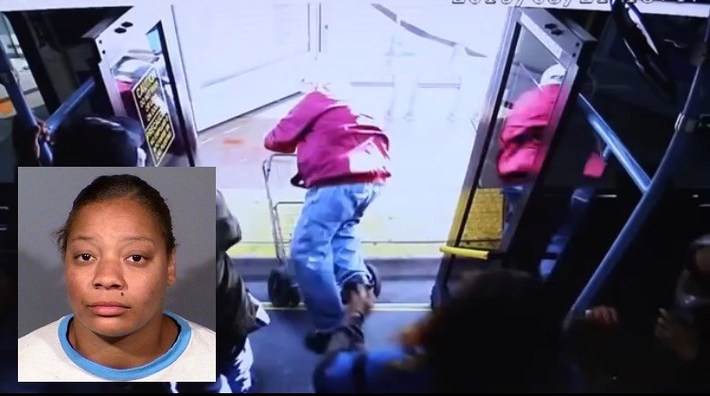 Report via Fox 8 -- LAS VEGAS, Nevada – Las Vegas police have released a video of a man being pushed off a bus.

They’ve shared it in hopes of finding witnesses to the attack.

It happened on March 21.

The victim initially refused medical treatment but later drove himself to the hospital.

According to police, the man died a month later.

25-year-old Cadesha Bishop was arrested on a charge of murder on an elderly-vulnerable person.

Homicide detectives are trying to track down witnesses who were on the bus.