VH1's New Documentary 'The Tanning of America: One Nation Under Hip Hop' Will Examine How The Art Form Has Become A Dominant Force In American Culture 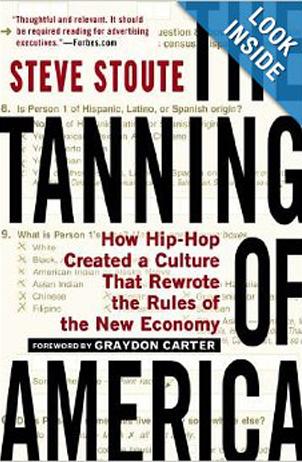 Hip Hop is perhaps the most dominant musical genre. Once considered to be a fad that wouldn't stand the test of time, the art form's influence has spread throughout America and countries abroad.

Artists like 50 Cent, Diddy, Dr. Dre and Jay Z have used rap's platform to rise from poverty to become multi-millionaire businessmen whose influences are widespread. Whoever thought we would see the day when a rapper like Hov would be welcomed into The White House, create the powerhouse imprint Roc Nation, manage many top artists, influence fashion and have a sports agency? 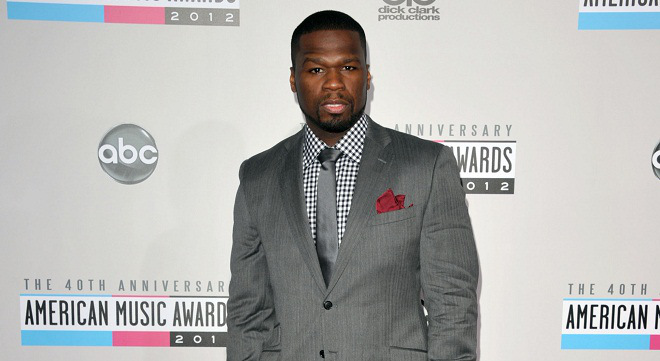 When 50 Cent burst onto the national scene in 2003 rapping about his tough childhood, getting shot 9 times, street wars and drug dealing, did anyone foresee that withing ten years he would be overseeing a massive business empire that includes SK Energy, SMS Audio, G-Unit Records, G-Note Records, Cheetah Vision Films, G-Unit Books, SMS Promotions and more?

VH1 will be airing a four-part documentary starting in February 2014, based on record executive Steve Stoute's 2011 book The Tanning of America. It will examine how Hip Hop became the dominant force that it is today. VH1 is teaming up with acclaimed filmmakers Billy Corben and Alfred Spellman (“Cocaine Cowboys,” “Broke,” “The U”) and famed author, award-winning entrepreneur, advertising executive, and record executive Steve Stoute for a 4-part documentary series based on Stoute’s best-selling book, “The Tanning of America: How Hip-Hop Created a Culture That Rewrote the Rules of the New Economy.” VH1′s “The Tanning of America: One Nation Under Hip Hop” is a thorough examination of hip-hop as a cultural movement, whose profound influence in music, film, television, fashion, business, race relations and politics eventually paved the way for the election of Barack Obama. The 4-part 4-hour series will premiere in February 2014 on VH1.

VH1′s “The Tanning of America: One Nation Under Hip Hop” provides a visual history of the hip-hopification of America – what Stoute calls “tanning” — from “The Jeffersons” to the Fresh Prince; from “Do the Right Thing” to “8 Mile”; from the streets of Compton to Madison Ave; from block parties to the Hamptons; and from rappers to entrepreneurs to icons. The series unfolds in 4 one-hour episodes that together explore history’s pivotal tanning moments from the 1970′s to present day, and show how hip-hop is deeply woven into the American cultural fabric. It’s the history of hip-hop remixed: an epic journey that begins in the Bronx and travels all the way to 1600 Pennsylvania Avenue.

Through engaging and intimate first person stories, “Tanning” takes viewers where they’ve never been before: inside a steamy Madison Square Garden, when Russell Simmons cut a deal with Adidas sneakers during a Run DMC concert…inside the Harvard dorm room where two white Jewish kids decide to start The Source magazine…inside the car of fashion icon Tommy Hilfiger, as he drives through the streets of Harlem finding inspiration in baggy jeans… to the streets of Paris as Diddy takes over Europe for a Vogue fashion shoot… to a New York music studio where Mariah Carey collaborates with O.D.B, forever fusing pop and hip hop; and with Dr Dre as he first hears a rapper who calls himself Eminem.

Over the last three decades, hip-hop culture has been transformed from an underground urban movement to mass culture, permeating virtually every aspect of American life: the music we listen to, the clothes we wear, the food we eat, the cars we drive. Hip-hop has done more to erase perceptions about racial distinctions for the generations that grew up exposed to it than any other force since the Civil Rights Movement. There’s now a whole generation of Americans who grew up immersed in this culture that are, for all intents and purposes, colorblind. This is the true story of that evolution.

“The Tanning of America: One Nation Under Hip Hop” is produced by Rakontur, with Billy Corben directing and Alfred Spellman producing. Steve Stoute is an executive producer on the project. Executive producing for VH1 are Susan Levison, Ben Zurier, Shelly Tatro, Brad Abramson and Stephen Mintz.