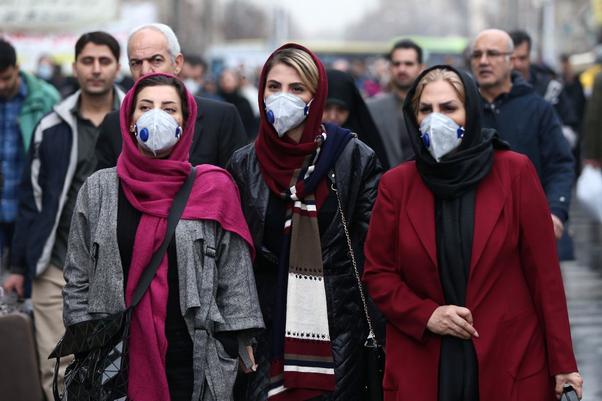 The coronavirus outbreak that’s shuttered commerce across China will likely become a global pandemic, a top U.S. health official said Tuesday, adding that it’s just a matter of time before the outbreak starts to spread in the U.S.

“Current global circumstances suggest it’s likely this virus will cause a pandemic,” Anne Schuchat, principal deputy director of the Centers for Disease Control and Prevention told reporters at a news briefing.

The virus, which has now infected more than 80,200 and killed at least 2,704 people, has spread rapidly over the past week through South Korea, Iran and Italy. The localized outbreaks outside of China have fueled concerns among infectious disease experts and scientists that the virus is spreading too quickly and may be past the point of containment.

There are now 57 confirmed cases of the virus in the U.S., Health and Human Services Secretary Alex Azar said Tuesday. A majority of those cases came from passengers repatriated from the Diamond Princess cruise ship that was quarantined off the coast of Japan. CDC data shows that 40 of the cases are attributed to the cruise ship, four of which were announced Tuesday. Three patients were infected in Wuhan and later evacuated to the U.S., and the rest were largely infected while traveling overseas.

“We can’t hermetically seal off the United States,” Azar said.

There is a “defined playbook” for how the government would respond to any potential community spread in the U.S., Azar said, adding that Americans “shouldn’t panic when they see new cases.”

“It is very dangerous to make predictions with a virus, especially a novel virus,” Azar said. “But we have tools to deal with it that are reasonable, titrated and don’t excessively interfere either with the economy or individuals lives, necessarily.”

While COVID-19 is contained in the U.S. so far, CDC officials said earlier Tuesday that the public needs to prepare for an eventual outbreak here. Schuchat echoed those comments.

“We must use this time to continue to prepare for the event of community transmission in the United States,” Schuchat said. “Part of that preparation is educating the public and our state, local and private sector partners about what transition from aggressive containment measures to community measures or community mitigation would look like should we end up there.”