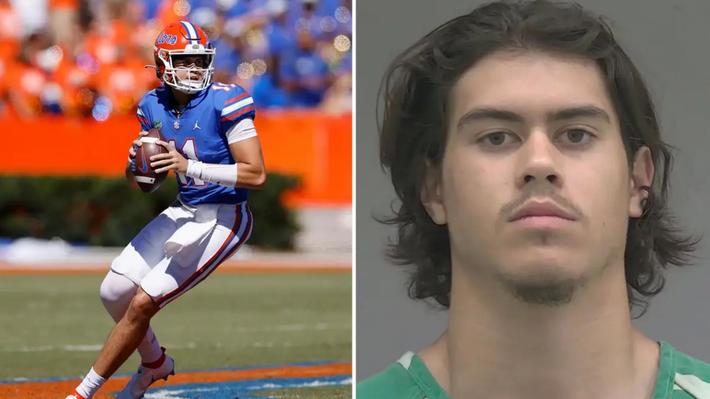 Gainesville police said the 19-year-old Kitna shared the images via a social media platform. Kitna was booked in the Alachua County Jail, where he was awaiting a first appearance before a judge Thursday morning.

The 5 charges, which still need to be formalized by the state attorney’s office, are second-degree felonies that could result in a prison term of up to 15 years and a fine of up to $10,000.

The Gators suspended Kitna indefinitely about an hour after his arrest.

Gainesville police announced the arrest in a news release and said the investigation was initiated when the department received a tip from the National Center for Missing and Exploited Children. The tip indicated that a Discord user distributed an image of child sexual abuse through its chat platform.

Further investigation by a detective showed two images were shared via Kitna’s Discord account at his apartment in Gainesville, police said. A detective contacted Kitna at his residence and interviewed him. Kitna said he remembered sharing the 2 images & that his Discord account was later deactivated because of a violation of the terms of service.