Ukraine’s Spy Chief Claims A Coup To Overthrow Russian President Vladimir Putin Is Underway: "It Is Impossible To Stop It" 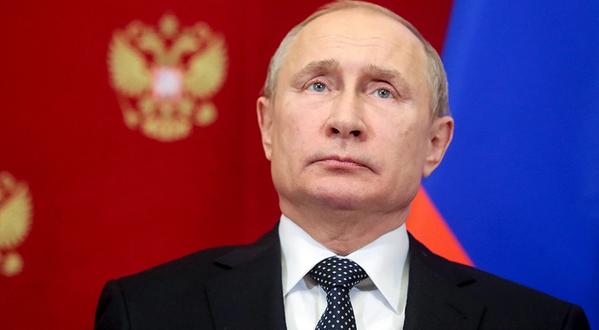 LONDON — Ukraine’s head of military intelligence claimed he believes that a coup to remove Russian President Vladimir Putin was already underway in Russia — and said he thinks the war is likely to be over by the end of the year.

Speaking to Sky News in an article published Saturday, Maj. Gen. Kyrylo Budanov said he was “optimistic” about Russia’s defeat, suggesting that the loss would lead to Putin being removed from power.

"It will eventually lead to the change of leadership of the Russian Federation," Budanov said. "This process has already been launched."

When asked if a “coup” was underway, he told Sky News: “Yes. … They are moving in this way, and it is impossible to stop it.”

According to Sky News, Budanov doubled down after it was suggested that he was spreading propaganda. "It's my job, it's my work — if not me, who will know this?" he said.

Meanwhile, Gordon B. Davis Jr., former deputy assistant secretary-general of NATO's defense investment division, told Sky News in another interview that he doesn’t “think we’re likely to see a coup in the near future.”

During the interview, Budanov also claimed that Putin is currently in “a very bad psychological and physical condition, and he is very sick." In recent years, there has been considerable speculation about Putin’s alleged ill-health.

On Saturday, New Lines Magazine reported that an oligarch close to Putin had claimed the Kremlin leader is “very ill with blood cancer.” In a recording obtained by the publication, an unidentified oligarch was heard allegedly discussing Putin’s health. He went on to complain that Putin had gone “crazy” and claimed that the Russian president had had surgery on his back linked to his cancer, just before Russia’s invasion of Ukraine in February.