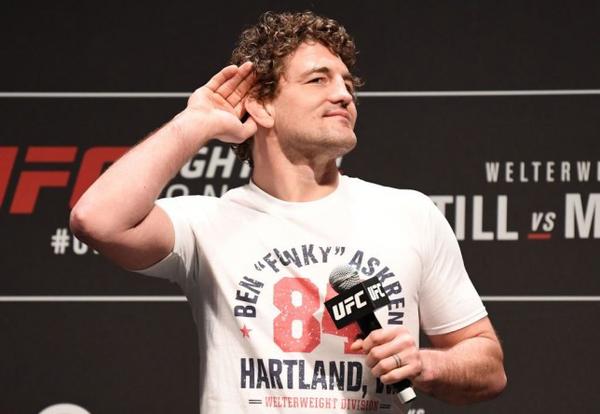 The former Bellator and One Welterweight champion made the announcement Monday on the Ariel Helwani Show, citing the need for a hip replacement.

The 35-year old came to the UFC in 2018 via an unusual trade. The UFC sent one of the best fighters in the world, Demetrious Johnson, to One Championship in exchange for the former Olympic wrestler. Askren's professional record at the time was 19-0.

His results in the UFC would have to be considered a disappointment.

In his debut, Askren won a fight against Robbie Lawler that ended in controversial fashion. Lawler was caught in a neck crank. Referee Herb Dean thought he lost consciousness and stopped the bout. Lawler immediately disputed the decision, but it stood.

Askren followed that up by getting brutally knocked out by Jorge Masvidal. He was then submitted in his next fight by Demian Maia, bringing his UFC record 1-2.