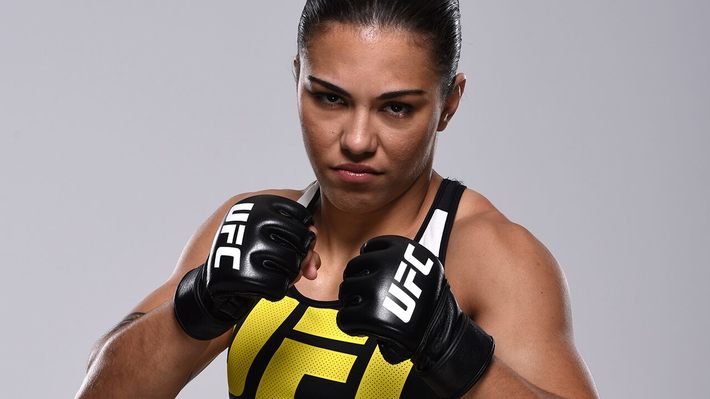 Andrade (20-6 MMA, 11-4 UFC), the current UFC strawweight titleholder, had her vehicle stopped while in Niteroi, Brazil, and was threatened at gunpoint, according to a social media message from her wife, Fernanda Gomes.

According to Gomes, Andrade was driving a Honda HRV when the car was stopped. The perpetrators forced the two women to hand over their cellphones before taking the vehicle.

Andrade’s manager, Tiago Okamura, verified the incident with MMA Junkie and confirmed Andrade is unharmed and in a good place.

“She’s OK,” Okamura said. “They took her documents, they took the car, they took phones, so we just spent the day doing paperwork and canceling credit cards. … She did a (police) report, and also people are looking for the car. But right now, we’re just glad that nothing bad happened. Nothing major that can’t be regained. Both her and her wife are safe, so that’s all that matters.

“They were a bit shook, so I didn’t get into much detail. We just had to make sure the damage wasn’t bigger than it was, so that was the main work for the day. They are traveling to the U.S. in a couple of weeks (for a holiday), and Jessica had her passport on her, so we had to sort that out, too.”

The incident comes less than a month after the greatest moment of Andrade’s athletic career. She claimed the UFC’s 115-pound title with a vicious slam knockout of Rose Namajunas at UFC 236 in what was her second chance at UFC gold.

Gomes’ update stated that both she and Andrade were “fine” after the ordeal, but she shared the license plate of the car in hopes the burglars are caught.

Andrade isn’t the first prominent UFC fighter to experience a robbery in Brazil. In May 2014, former UFC light heavyweight champion Mauricio Rua was stopped by four men with rifles and had to give up his shirt, shoes and money.

Despite the situation and potential for something to have happened, Andrade has no plans of leaving Brazil.

“She’s not going to be the first one, she’s not going to be the last one – it’s just unfortunate,” Okamura said. “She has her whole structure down there. She has her whole team, so I think it would be a terrible problem to move them. She’s got a great structure there. We have some of the best coaches there training with her on a daily basis. Her family is there. As much as there is crime there, it’s safer than Rio.”