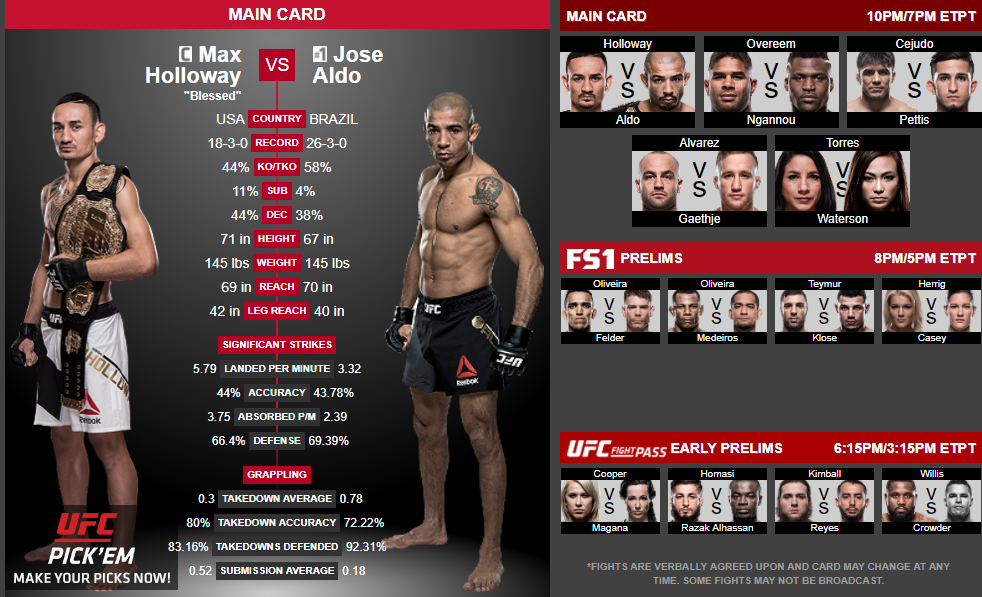 (Via FightMag.com) UFC 218 takes place at Little Caesars Arena in Detroit on Saturday December 2. The main card live on Pay-Per-View features five bouts, with the featherweight title contested in the headliner of the show.

The reigning featherweight champion Max Holloway defends the belt facing off Jose Aldo. The latter is a replacement for the previously announced Frankie Edgar, who was forced to pull out from the contest due to injury earlier this month.

The Holloway and Aldo bout is also a rematch. In their initial encounter in June the champion won the belt by the second-round TKO with punches.

The preliminary card comprises four bouts, following a four-fight card on UFC Fight Pass. The complete UFC 218 fight card can be found below.