U.S. House Speaker Nancy Pelosi Arrives In Taiwan, Defying China, Which Announced It Would Conduct Military Maneuvers In Retaliation: "Some American Politicians Are Playing With Fire.” 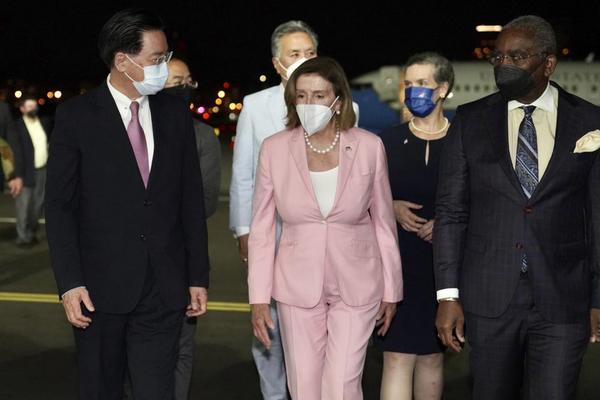 Her visit ratcheted up tension between China & the U.S. because China claims Taiwan as part of its territory & it views visits by foreign government officials as recognition of the island’s sovereignty.

“We must stand by Taiwan,” she said. “It is essential that America & our allies make clear that we never give in to autocrats."

Taiwan & China split during a civil war in 1949, but China claims the island as its own territory & has not ruled out using military force to take it.

Soon after Pelosi’s arrival, China announced a series of military operations & drills, which followed promises of “resolute & strong measures” if Pelosi went through with her visit.

The People’s Liberation Army said the maneuvers would take place in the waters and skies near Taiwan & include the firing of long-range ammunition in the Taiwan Strait.

The army planned to conduct live-fire drills from Aug. 4 to Aug. 7 across 6 different areas in the waters surrounding Taiwan.

“Some American politicians are playing with fire on the issue of Taiwan,” Chinese Foreign Minister Wang Yi. Referring to the U.S. as “the world’s biggest saboteur of peace.”

China’s military threats have driven concerns about a new crisis in the 100-mile-wide Taiwan Strait that could roil global markets & supply chains.

U.S. officials have said the American military will increase its movements in the Indo-Pacific region during Pelosi’s visit.

China sent 21 planes, 18 of them fighter jets toward Taiwan.