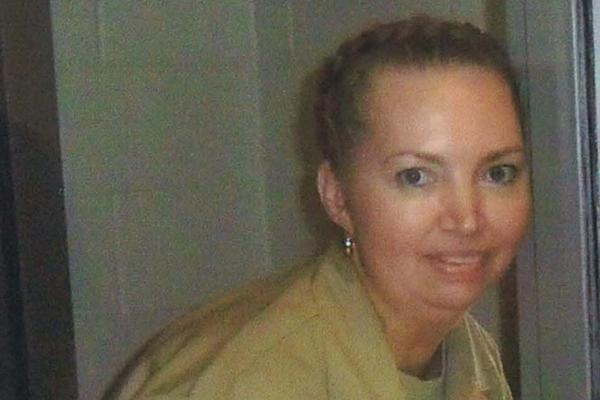 TERRE HAUTE, Ind. (AP) — A Kansas woman was executed Wednesday for strangling an expectant mother in Missouri & cutting the baby from her womb, the first time in nearly seven decades that the U.S. government has put to death a female inmate.

Lisa Montgomery, 52, was pronounced dead at 1:31 a.m. after receiving a lethal injection at the federal prison complex in Terre Haute, Indiana. She was the 11th prisoner to receive a lethal injection there since July when President Donald Trump, an ardent supporter of capital punishment, resumed federal executions following 17 years without one.

As a curtain was raised in the execution chamber, Montgomery looked momentarily bewildered as she glanced at journalists peering at her from behind thick glass. As the execution process began, a woman standing over Montgomery’s shoulder leaned over, gently removed Montgomery’s face mask & asked her if she had any last words. “No,” Montgomery responded in a quiet, muffled voice. She said nothing else.

She tapped her fingers nervously for several seconds, a heart-shaped tattoo on her thumb, showed no signs of distress & quickly closed her eyes. As the lethal injection began, Montgomery kept licking her lips & gasped briefly as pentobarbital, a lethal drug, entered her body through IVs on both arms. A few minutes later, her midsection throbbed for a moment, but quickly stopped.

An official in black gloves with a stethoscope walked into the room, listened to her heart and chest, then walked out. She was pronounced dead a minute later.

“The craven bloodlust of a failed administration was on full display tonight,” Montgomery’s attorney, Kelley Henry said in a statement. “Everyone who participated in the execution of Lisa Montgomery should feel shame.”

It came after hours of legal wrangling before the Supreme Court cleared the way for the execution to move forward. Montgomery was the first of the final three federal inmates scheduled to die before next week’s inauguration of President-elect Joe Biden, who is expected to discontinue federal executions.