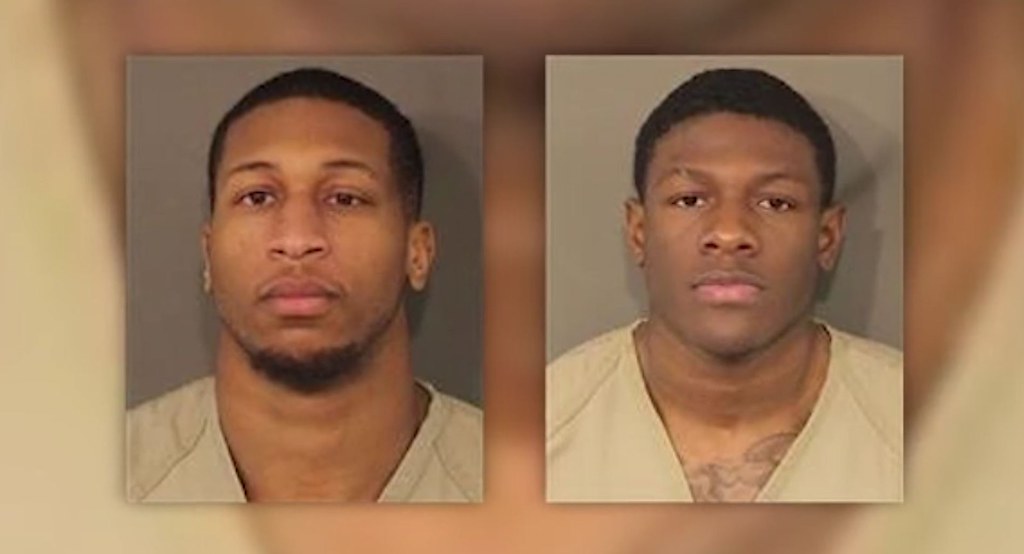 Two Ohio State football players were arrested and charged with rape and kidnapping Wednesday ... and the allegations against the two Buckeyes are disturbing.

Senior cornerback Amir Riep and senior safety Jahsen Wint are accused of forcefully raping a woman in the Columbus, Ohio area at around 9:45 PM on Feb. 4, according to court docs obtained by TMZ Sports.

According to the docs, officials say Riep was having consensual sex with a woman when she stopped, telling him she did not want to continue.

The docs say that's when Wint entered the room ... and the two men forced the woman to commit sex acts against her will.

The docs say Riep pushed the victim down "by the neck," forcing her onto her hands and knees ... and then began having sex with her from that position.

The docs say Wint then forced the woman to have oral sex with him at the same time.

The docs say after both parties stopped, after several minutes ... Riep filmed the woman and ordered her to say on camera that the sex was consensual. The docs note the woman was crying while Riep was laughing at her.

Ohio State announced the two football players are now indefinitely suspended, saying in a statement, "We are aware that two of our students have been arrested and criminally charged."

"They have been suspended from all activities involving the football program. We will share more information when available."

No bond has been set for either; both are due to be arraigned Thursday morning, according to Franklin County Municipal Court.