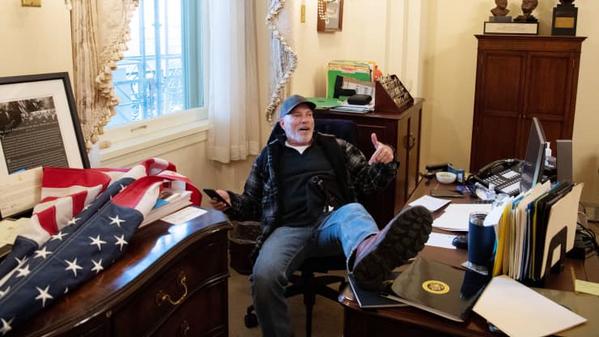 Barnett said he took an envelope off Pelosi’s desk, leaving her a quarter and a note.

“I set my flag down. I sat down there at my desk. I’m a taxpayer. I’m a patriot,” Barnett said. “That ain’t her desk! We loaned her that desk, and she ain’t appreciating the desk, so I thought I’d sit down and appreciate the desk. I threw my feet up on the desk.”

Many who stormed the Capitol appear to be conspiracy theorists and extremists. Some of them are involved with groups like QAnan and the Proud Boys.