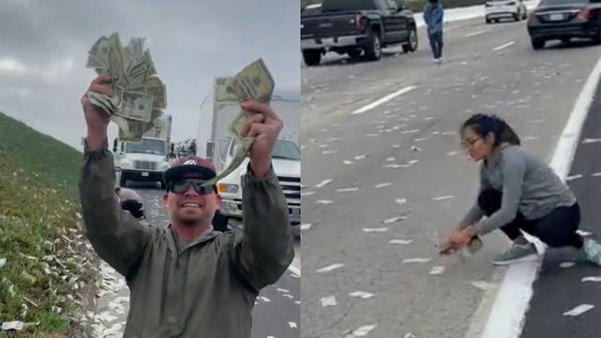 The incident occurred shortly before 9:15 a.m. on Interstate 5 in Carlsbad as the truck was heading from San Diego to an office of the Federal Deposit Insurance Corp.

Two people were arrested at the scene & Martin warned that any others who are found to have taken the money could face criminal charges. He noted there was plenty of video taken by bystanders at the scene & that the CHP & FBI were investigating.

Anyone who took money was urged to bring it to the CHP office in Vista.

Authorities didn’t immediately say how much money was lost. However, at least a dozen people had returned money they collected to the CHP by Friday afternoon.

“People are bringing in a lot,” Martin said. “People got a lot of money.”

The freeway was reopened shortly before 11 a.m.