Toni Braxton Blames Oprah Winfrey Bankruptcy Interview For Her Career Woes "She Was Mean To Me. That Moment Completely Changed My Career. It Made People Look Down On Me" [Video] Toni Braxton at one point was on top of the r&b scene. She has sold more than 40 million albums in her career. With hit songs like "You're Makin' Me High" and "He Wasn't Man Enough" the six time Grammy Award winning singer had the world in the palm of her hands, but things changed dramatically when she started having financial problems.

She filed for bankruptcy in 1998 and later appeared on the Oprah Winfrey show to talk about it. In a clip from her VH1 Behind The Music special she points to that interview as the beginning of her career's downward spiral. 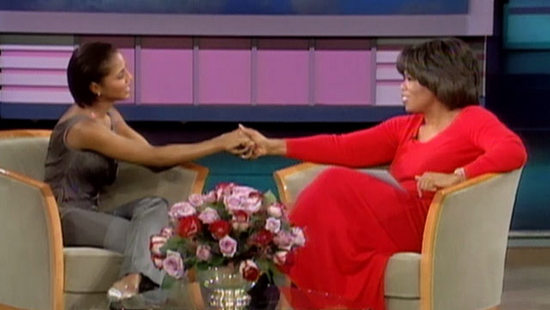 Toni said Oprah is partly to blame for her career not getting back on track.

“She made me feel this big," Toni explained, squeezing her thumb and forefinger together. "That moment completely changed my career. It made people look down on me."

Since that interview Toni filed for bankruptcy again in 2010. At the time she claimed she owed somewhere between $10 million and $50 million to various creditors according to TMZ.

Yesterday TMZ reported that Toni is being accused by the trustee of her bankruptcy case of fraudulently transferring $53,490 to her husband in order to avoid paying back creditors.

"All of the payments made to Lewis prior to Toni’s bankruptcy filing were appropriate transfers for reasonable and necessary personal and business expenses in the ordinary course of her business," claims Toni's rep.

It doesn't look like things are getting any better for Toni.

Check out a clip from her VH1 special which aired last night where she speaks about Oprah Winfrey.