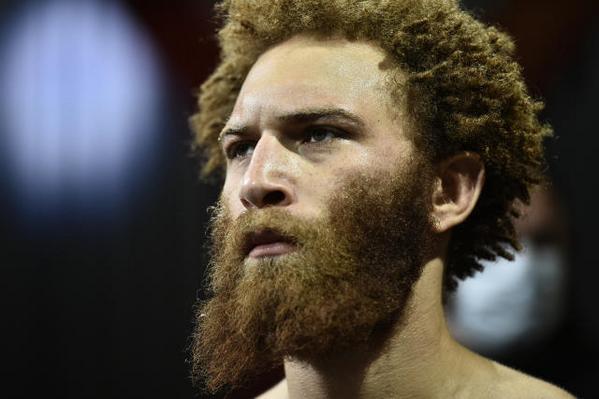 In a statement provided to ESPN through a spokesperson, the UFC said it is aware of the "disturbing allegations" regarding Pena's arrest Saturday on two charges of battery & thinks that Pena's personal & legal issues should be his focus before he competes again.

"At this time, UFC believes Mr. Pena needs to deal with the health & legal issues in front of him & consequently has informed Mr. Pena's management that his promotional agreement has been terminated," the statement read.

The statement added that Pena "has been open about his struggles with mental health & substance abuse issues" & the UFC has "on multiple occasions attempted to help him get professional treatment."

Pena, 28, was arrested Saturday on charges of battery causing bodily harm & battery domestic violence, both misdemeanors, according to a Broward County (Florida) Sheriff's Office spokesperson. He was released on $6,000 bond on Monday.

Pena also was arrested in June on domestic violence-related charges. Following that arrest, sources said the UFC went as far as to advance Pena a sum of money in the five figures to help him get treatment.

In his latest arrest over the weekend, Pena is being accused of striking his girlfriend in the face multiple times with a closed fist & continuing to hit her while she was on the ground. Pena also allegedly struck another woman who attempted to intervene in the left eye with a closed fist.

"This was a bad case," UFC president Dana White said Tuesday. "We knew that he had problems before that we were trying to help him with. And this is a pretty nasty one. I don't know if you guys read the police report, but yeah. This one had to happen."