The NBA To Donate $2.5 Million From All-Star Game To Black Colleges & Covid-19 Relief 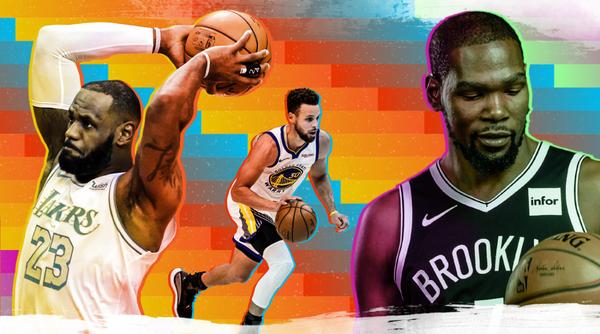 The NBA & the National Basketball Players Association have completed details for the March 7 All-Star Game in Atlanta, saying Thursday it will generate more than $2.5 million for historically Black colleges & COVID-19 relief efforts.

The game has been criticized by some of the league’s top players, who voiced concerns about having it during a pandemic. It also drew concern from Atlanta Mayor Keisha Lance Bottoms, who made clear that fans shouldn’t come to the city for All-Star festivities since there won’t be public events surrounding the game.

But the charitable elements were a major factor in the league pressing on. The game will partner with organizations such as the Thurgood Marshall College Fund & United Negro College Fund to “highlight the importance of HBCUs & raise awareness around the disparate impact of COVID-19 on communities of color,” the league said.

“NBA All-Star in Atlanta will continue our annual tradition of celebrating the game & the greatest players in the world before a global audience,” Silver said.

The game is bringing back the format that was used last year: a target score to end the game, something that will again pay tribute to Kobe Bryant. Each of the first 3 quarters will start with a 0-0 score, then will be re-tallied for an untimed 4th quarter. The leading score through 3 quarters will have 24 points — a nod to Bryant’s jersey number — added, & the first team to hit that target wins the game.

Teams again will be selected by playing captains. LeBron James has been a captain in all 3 previous instances of that format; the Los Angeles Lakers star is the front-runner to be one again, as was Kevin Durant of the Brooklyn Nets based on the most recent fan-voting results.

The captains for the game — which will be the leading fan vote-getters — will be announced Thursday evening, as will the other eight starters.

Reserves will be announced next week.