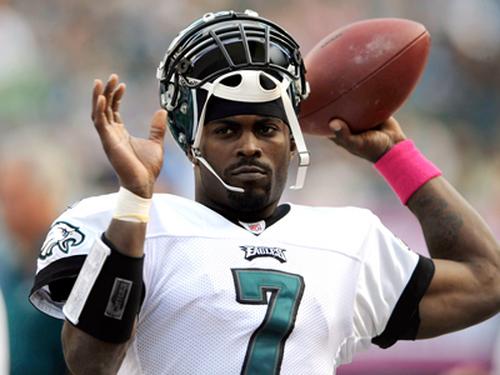 If you're looking for a story about redemption and triumph, look no further than Philadelphia Eagles quarterback Michael Vick.

Just over two years ago the 31-year old Vick was being released from a Federal Prison in Kansas after serving 18 months for his role in a dogfighting ring.

Widely viewed as one of the most hated men in sports at the time, Vick signed a two year contract with the Eagles in August 2009, looking to restart his NFL career and hasn't looked back since.

Last year Vick led the Eagles to the NFC East title, was the starting quarterback in the Pro Bowl and was the AP Comeback Player of the Year. Vick has also worked tirelessly off the field to improve his image by working with the humane society.

Yesterday he was rewarded with a new six-year contract with the Eagles worth $100 million -- $40 million of that being guaranteed.

"I'm very happy we were able to reach an agreement with Michael on this long-term contract," Eagles coach Andy Reid said in a statement. "It's a product of all the hard work Michael has done to better himself over the last couple of years, both on and off the field. I'm very proud that he has been able to achieve success again in this league, but he'll be the first one to tell you that there is a lot of work yet to be done by him and this team as a whole. And there's no doubt in my mind that he will continue on that path."

Congrats to Vick for showing that hard work really does pay off.

Information from ESPN was used in this report.