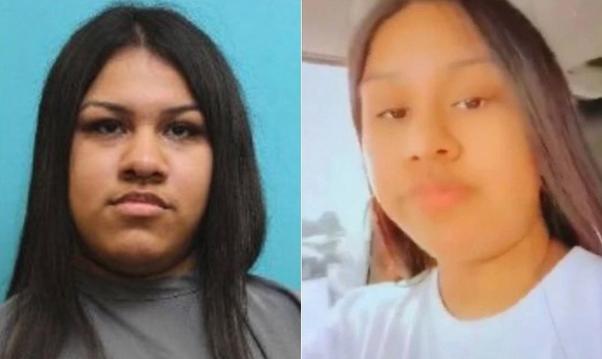 A teenager in Texas was arrested after she posted a series of videos on social media in which she claimed to be intentionally spreading the new coronavirus, police said.

Lorraine Maradiaga, 18, was charged with making a terroristic threat, a third-degree felony, for the content she posted on Snapchat, Carrollton Police said in a news release.

On Sunday, police issued an appeal to the public for help in locating Maradiaga, who they said was "claiming to be COVID-19 positive and wilfully spreading it."

Police added that they had "no confirmation tithe Maradiaga is actually a threat to public health," but said they were "taking her social media actions very seriously."

She was taken into custody after she turned herself in on Tuesday, police said. Maradiaga told police she tested negative for COVID-19, the disease caused by the novel coronavirus, and police said they have no proof she previously tested positive.

She was arraigned and her bond was set at $20,000 and was taken to the Denton County Jail.

As a condition of her bond, Maradiaga will be ordered to quarantine for 21 days after she is released from jail as a precaution, police added. If convicted, Maradiaga faces up to 10 years in prison and a fine of up to $10,000.

News of Maradiaga's arrest was met with a flood of comments on the Carrollton Police Department's Facebook, with several commenters thanking officers for taking action to protect the community.

"Thank you for taking this seriously and hopefully she will learn a lesson," Sarah Riise commented. "Prank or no prank, what she did was not okay. Her family must be so embarrassed."

Vinh Lee added: "My mom freaked out because of this. She's afraid of picking up mail and she refuses to buy food because of people like this. Thank you."

Texas has 8,262 confirmed cases of COVI-19 and 154 deaths, according to the latest figures from the Texas Department of State Health Services. More than 1,200 people were hospitalized in thee state because of the virus as of Tuesday.

Across the U.S., there are almost 400,000 confirmed cases—the most of any country by far—and more than 12,900 deaths, according to Johns Hopkins University. More than 22,000 people have recovered.