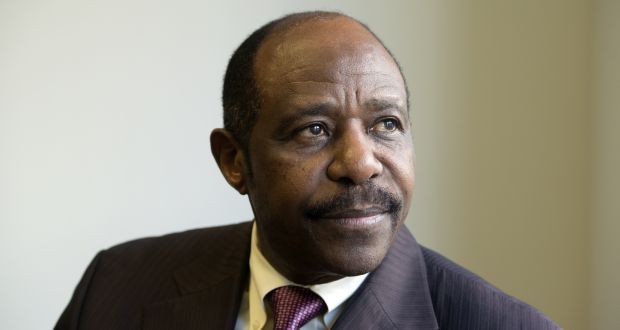 KIGALI, Rwanda (AP) — The terrorism trial of Paul Rusesabagina, the man who inspired the film “Hotel Rwanda” began on Wednesday with his argument that a Rwandan court cannot try him because he is no longer a citizen & his assertion that he was kidnapped & is being held hostage.

His family says the 66-year-old Rusesabagina, praised for saving ethnic Tutsis during Rwanda’s 1994 genocide & awarded the U.S. Presidential Medal of Freedom, has no chance at a fair trial because of his outspoken criticism of longtime Rwandan President Paul Kagame & human rights abuses. They also fear he might die from poor health behind bars.

The circumstances around Rusesabagina’s arrest, his limited access to an independent legal team & his reported worsening health have drawn international concern for the Belgian citizen & U.S. resident who left Rwanda in 1996.

The judge on Wednesday said the court will consider Rusesabagina’s argument that it has no jurisdiction to try a non-citizen & announce its decision when the trial resumes on Feb. 26.

Rwanda’s government has said Rusesabagina will receive a fair trial. He faces 9 charges including the formation of an irregular armed group; membership in a terrorist group; financing terrorism; & murder, abduction & armed robbery as an act of terrorism. If convicted, he could face more than 20 years in prison.

“Let me say for the fifth time that I am Belgian & not Rwandan,” Rusesabagina told the court. “I was kidnapped & brought to Rwanda & I am being held here hostage. Kidnap itself is a crime.” Rusesabagina in the past has denied funding rebel groups.

Rusesabagina is credited with saving more than 1,000 people by sheltering them at the hotel he managed during the genocide in which more than 800,000 Tutsi & Hutus who tried to protect them were killed. Rwanda’s government has long asserted that Rusesabagina’s role in the genocide was exaggerated.