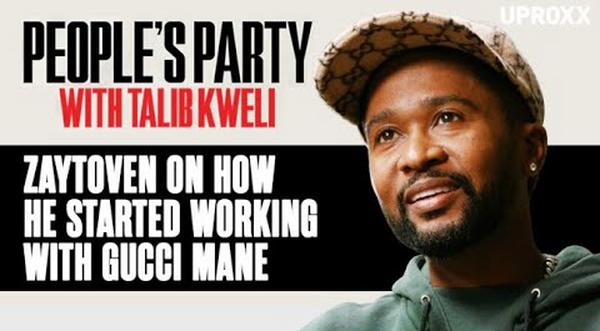 In this preview clip from People's Party, Talib Kweli and Zaytoven discuss their first impressions meeting Gucci Mane and how Kweli was surprised by Gucci's reaction to him, which led to their collaboration on "Poltergeist." Zaytoven then tells Talib Kweli and Jasmin Leigh the story of how he first met Gucci Mane, how he started making beats for Gucci to rap over, and the story behind "So Icy." He also expands on what it was like making songs for the club and the streets as well as Gucci's intelligence and confidence in what they were doing. And finally they dive into the Gucci Mane clone rumors and what it is that started the "Gucci Mane Clone" theory online.