T.I. & The Game Involved In Standoff With LAPD After Supperclub Security Bloodies Up 2 Of Their Associates [Video/Pics] A fight between security at the Supperclub in Los Angeles and associates of T.I. and The Game led to an intense standoff between the rappers and police on the scene.

The incident happened early Wednesday morning, April 30. A group of men affiliated with the rappers were denied entrance to the club. An argument ensued leading to one of the men throwing a punch at a security guard.

That led to a fight between the security staff and 2 of the men. Both men were quickly beaten down and subdued. 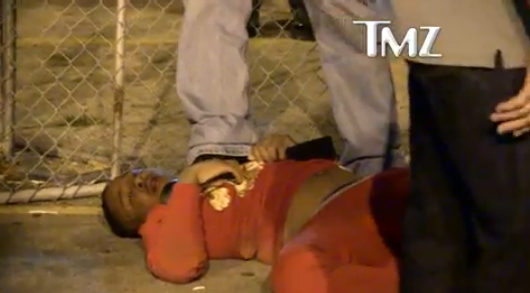 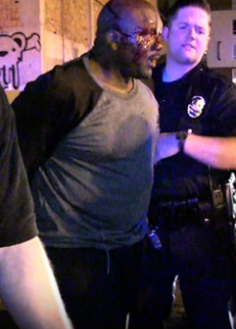 Tip and Game come out of the club and confront police who were on the scene, but not involved in the fight. The two mistakenly thought the cops were the one who beat up their friends. 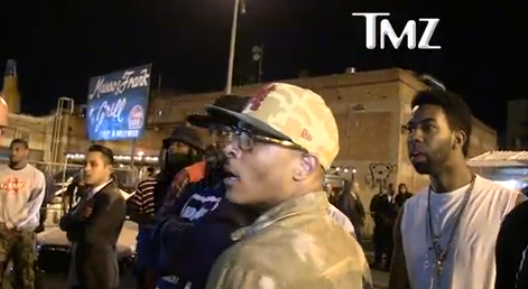 The standoff continued for several minutes. It looked like the situation was going to get even more violent, but luckily things ended without anyone else getting hurt..

Security and affiliates of T.I. and The Game fight

T.I. and The Game confront police