System Failure: Killer Of 2 Sisters At A Texas College Had Just Bonded Out After Assaulting 1 Of Them (Video) 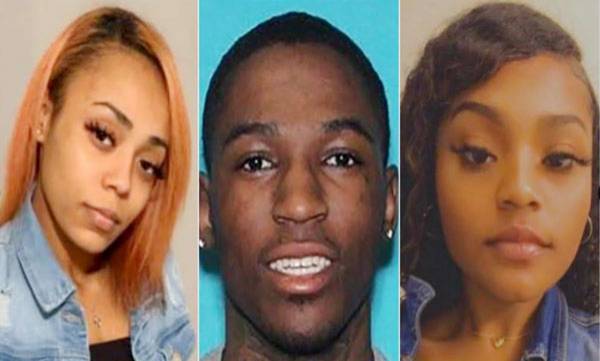 DALLAS — Questions about the low-bail release of a suspect now accused of three murders, including the deaths of his estranged girlfriend & her sister in a Texas A&M Commerce dorm, have a police union representative & the Dallas County District Attorney agreeing on one thing: the legal system failed Abbaney & Deja Matts.

"This is the worst case scenario I've been talking about. This is exactly it," said Dallas County District Attorney John Creuzot in a separate interview with WFAA. "This is what I've been saying can happen."

Jacques Smith, 21, already had a lengthy criminal record, when he was arrested for attacking Abbaney Matts on Jan. 27.

An arrest affidavit says Smith attacked Matts after she told him "they needed a break." Smith broke a lamp over her head. She told police that it "left her dazed" but she kept telling him to leave. She said that he took a TV and threw it at her while she was in the kitchen, the affidavit says.

After he hit her with the TV, he "body slammed" her on the tile floor and then hit her head with a metal frying pan several times, the warrant says. Then, the police document says, Smith took a knife, held it above Abbaney Matts and threatened to kill her.

Abbaney Matts told police Smith stopped attacking her after her brother showed up.

Smith was arrested on an aggravated assault charge Jan. 27, but a municipal court judge in Garland set a $15,000 bond on Jan. 29. Smith posted the 10% required to be released from jail. Days later the sisters would be dead.

"I'm tired of the DA pointing fingers at the judge. I'm tired of the judges pointing the finger at the magistrates," said Dallas Police Association President Mike Mata. "They've got to get their house in order. And we've all got to do our part in dropping violent crime."

"It takes too long for the left hand to tell the right hand what's going on. And that's failure in the system itself," Mata said.

On Wednesday, a second capital murder charge was added after investigators found evidence that linked Smith to the Dec. 31 shooting of 22-year-old Steven Daniels.

Smith is in custody in Hunt County held on $2 million each for both the Hunt County and Denton County charges.