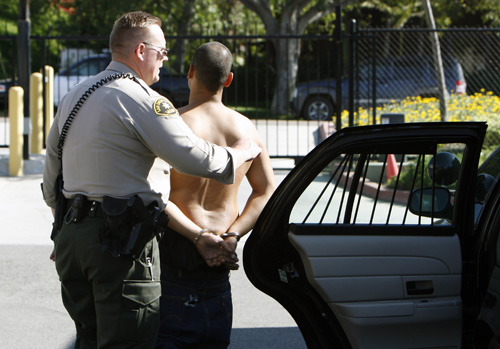 WASHINGTON (AP) - Want to invoke your right to remain silent? You'll have to speak up.

In a narrowly split decision, the Supreme Court's conservative majority expanded its limits on the famous Miranda rights for criminal suspects on Tuesday - over the dissent of new Justice Sonia Sotomayor, who said the ruling turned Americans' rights of protection from police abuse "upside down."

"Criminal suspects must now unambiguously invoke their right to remain silent which counterintuitively requires them to speak," she said. "At the same time, suspects will be legally presumed to have waived their rights even if they have given no clear expression of their intent to do so. Thoseresults, in my view, find no basis in Miranda or our subsequent casesand are inconsistent with the fair-trial principles on which thoseprecedents are grounded."

Justice Anthony Kennedy, who wrote the majority opinion, said a suspect who goes ahead and talks to police after being informed he doesn't have to has waived his right to remain silent. Elena Kagan, who has been nominated by President Barack Obama to join the court, sided with the police as U.S. solicitor general when the case came before the court. She would replace Justice John Paul Stevens, one of the dissenters.

A right to remain silent and a right to a lawyer are at the top of the warnings that police recite to suspects during arrests and interrogations. But Tuesday's majority said that suspects must break their silence and tell police they are going to remain quiet to stop an interrogation, just as they must tell police that they want a lawyer.

This decision means that police can keep shooting questions at a suspect who refuses to talk as long as they want in hopes that the person will crack and give them some information, said Richard Friedman, a University of Michigan law professor.

"It's a little bit less restraint that the officers have to show," Friedman said.

The ruling comes in a case in which a suspect, Van Chester Thompkins, remained mostly silent for a three-hour police interrogation before implicating himself in a Jan. 10, 2000, murder in Southfield, Mich

The officers in the room said Thompkins said little during the interrogation, occasionally answering "yes," "no," "I don't know," nodding his head and making eye contact as his responses. But when one of the
officers asked him if he prayed for forgiveness for "shooting that boy down," Thompkins
said, "Yes."

He was convicted, but on appeal he wanted that statement thrown outbecause he said he had invoked his Miranda rights by being uncommunicative with the interrogating officers.

The 6th U.S. Circuit Court of Appeals in Cincinnati agreed and threw out his confession and conviction. The high court reversed that decision.

Kennedy, writing the decision for the court's conservatives, said that wasn't enough.

"Thompkins did not say that he wanted to remain silent or that he did not want to talk to police," Kennedy said. "Had he made either of these simple, unambiguous statements, he would have invoked his 'right to cut off questioning.' Here he did neither, so he did not invoke his right to remain silent."

He was joined in the 5-4 opinion by Chief Justice John Roberts and Justices Antonin Scalia, Clarence Thomas and Samuel Alito.

Prosecutors cheered the decision, saying it takes the guesswork out of when police have to stop questioning suspects. "Is it too much to ask for a criminal suspect to say he doesn't want to talk to police?" said Scott Burns, executive director of the National District Attorneys Association.

This is the third time this session that the Supreme Court has placed limits on Miranda rights, which come from a 1966 decision - it involved police questioning of Ernesto Miranda in a rape and kidnapping case in Phoenix - requiring officers to tell suspects they have the right to remain silent and to have a lawyer represent them, even if they can't afford one.

Earlier this term, the high court ruled that a suspect's request for a lawyer is good for only 14 days after the person is released from police custody - the first time the court has placed a time limit on a request for a lawyer - and that police do not have to explicitly tell suspects they have a right to a lawyer during an interrogation.

For Justice Sotomayor, deciding to make suspects speak to have the right to remain silent was a step too far. Sotomayor, the court's newest member, wrote a strongly worded dissent for the court's liberals, saying the majority's decision "turns Miranda upside down."