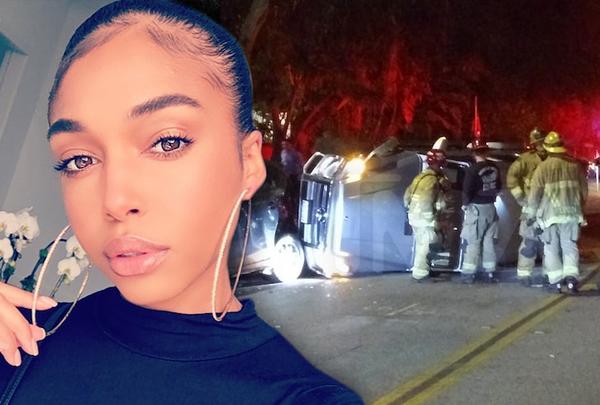 Lori Harvey can't flee from prosecutors -- she's officially been charged in her hit and run case ... TMZ has learned.

According to the L.A. County District Attorney's Office ... Lori's been charged with one count of resisting/delaying/obstructing a peace officer, and one count of hit and run resulting in property damage. Both are misdemeanors.

Steve Harvey's daughter is expected to be arraigned later this month. TMZ broke the story ... she allegedly smashed into another car and tried to leave the scene. Cops ultimately nabbed her when they found her walking down the street a short distance from the accident.

At one point she FaceTimed her dad while dealing with officers. Witnesses told cops they saw Lori texting and driving before crashing into a Prius.

The crash was pretty intense, leaving her G-Wagon flipped on its side -- and it's a miracle no one was seriously hurt.