The youngest member on the Board of Directors at The Advancement Project, a multi-racial civil rights organization, gave a rousing speech about uplifting black women and demanded equal rights for African Americans.

"What we've been doing is looking at the data and we know that police somehow manage to de-escalate, disarm and not kill white people every day," Williams told the audience. "So, what's gonna happen is we're gonna have equal rights and justice in our own country or we will restructure their function and ours.

Yesterday, would have been young Tamir Rice's 14th birthday," he continued. "So, I don't wanna hear any more about how far we've come when paid public servants can pull a drive-by on a 12-year old playing alone in a park in broad daylight. Killing him on television, then going home to make a sandwich." 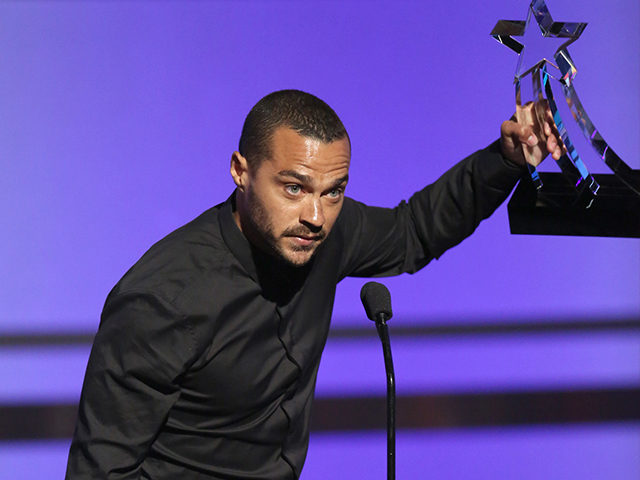 "I’ve said it before and I’ll say it again: BET is keeping racism and segregation alive and this past Sunday’s awards show proves it.." Dash wrote. "Particularly the speech given by Grey’s Anatomy star Jesse Williams, whose tirade after receiving the 2016 BET Humanitarian Award for his black activism was nothing short of an attack on white people. What he said was straight out of the Black Lives Matter playbook, reminding the audience that police do “not kill white people” and in fact, prefer pulling “a drive by on a 12-year-old kid [Tamir Rice] and then going home to make a sandwich.” "You’ve just seen the perfect example of a HOLLYWOOD plantation slave!" she charged. "Sorry, Mr Williams. But the fact that you were standing on that stage at THOSE awards tells people you really don’t know what your talking about. Just spewing hate and anger. Because you my man are just like everyone else hustling to get money. But your cognitive dissidents has you getting it from THAT BYSTANDER whom  YOU DONT NEED. Yes. BLACK ENTERTAINMENT TELEVISION is WHITE OWNED. GET over yourself and get on with it!  That chip on the shoulders of people like you will weigh you down and keep you from flying free.  But true freedom is never free. You have to know how to fly. If anyone is making you feel this way its you. Living in a psychological prison of your own making. If anyone is GHETTO-IZING anyone, it’s people like you letting the BETs and other media outlets portray us in stereotypes. "

What are your thoughts on Williams' speech and Dash's comments?