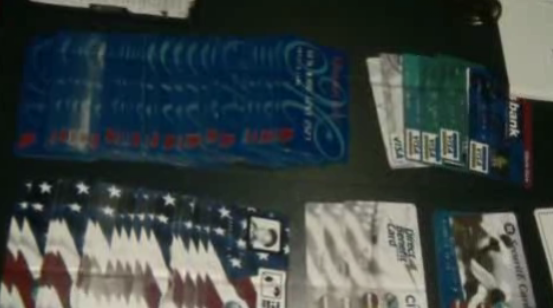 Anybody could find themselves in a position where they need temporary Government assistance to help get back on their feet. It's a shame though, when people abuse the system. And even worse if they're abusing it to buy drugs instead of feeding their children.

When police in Wellston, Missouri busted a crack house recently, they found more than 60 food stamp and child support cards.

"It hurts and infuriates me to think it's my tax dollars they're using to buy drugs," said Wellston Police Chief G. Thomas Walker told KTVI.

In Missouri food stamps come in the form of debit cards, child support can also be put on the cards.

"It appears the suspect was accepting not only cash, jewelry, electronics, but also food stamp cards, social security cards, child support cards, and we also believe that he was producing pornography out of the residence. We believe some of his payment was in favors," said an undercover detective.

Cops say they plan on busting the drug addicts as well. It should be really easy since their names on on the cards.