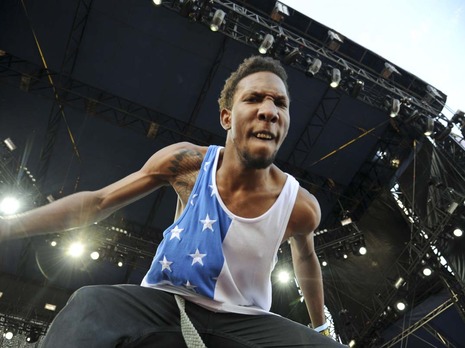 Odd Future is known for being wild and outrageous, but one of their members definitely crossed the line if reports coming out of Louisiana are true.


NBC33 is reporting that OFWGKTA member, Left Brain, went ballistic during the group's performance at the Voodoo Experience in New Orleans on Sunday (October 30).


The group had barely finished performing their first song when Tyler, The Creator started going off about his dislike for photographers. During his rant, Tyler complained that the barricaded area where photographers work isn't fair to fans.


“I have worked many shows before, and I’ve had to deal with a band flinging water at the photographers, but I never expected this to happen,” Harris told NBC33 News. “In the pit, the male to female ratio is about 20 to 1. There were way more men in that pit than women.”


Harris declined to pursue legal action against the band. She also added that her camera wasn't damaged from the fall.