Singer Lloyd Clarifies Comment That He Told Chris Brown To Cry At BET Awards "To Say That He Was Faking Or That I'm Hating On Him, That's Some Bullsh*t" 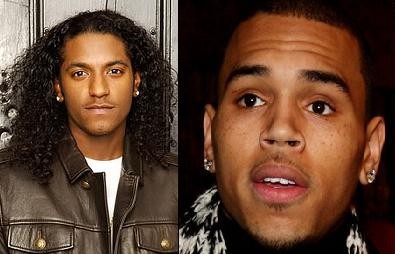 In an interview with Rap-Up.com conducted right after the 2010 BET Awards. Singer Lloyd made a comment that raised a few eyebrows regarding Chris Brown's emotional Michael Jackson Tribute.

"I told him, man you gotta go up there, you gotta cry. You gotta really show your heart to the world," Lloyd said at the time.

Lloyd took to his blog, YoungGoldie.com to clarify that statement.

“I consider Chris a friend. He's been through a lot in the past couple years. I never told him to go on stage and cry. We spoke recently, and I told him as a friend that people hadn't really seen him be vulnerable about his situation last year [with Rihanna]. I thought he was holding back and needed to let that emotion out. Him crying at the BET Awards was real, I could feel it.” said Lloyd.

Many critics and cynics have slammed Chris' performance as being "over the top" and "fake", but Lloyd didn't see it that way at all.

“I think he cried about a number of things. About the fact that he thought people would hate him forever because of one mistake. Feeling that love on stage was probably overwhelming. Plus MJ being gone and him performing "Man in the Mirror", that song is powerful, especially for his situation. It pushed him over the edge.”

Finally Lloyd addressed the many bloggers that thought he was taking a sarcastic shot at Chris when he said "I told him to cry".

“To say that he was faking or that I'm hating on him, that's some bull sh*t. Last week Essence.com asked me what artist most embodied MJ. I told them it was Chris. I never saw MJ perform live, but he [Chris Brown] is the closest thing I've witnessed. Chris is back, and I'm just as excited as his fans are. It's just frustrating that people want to make everything negative.”

With that, maybe everyone can finally put this issue to rest.
Follow Me @ChasinMoPaper