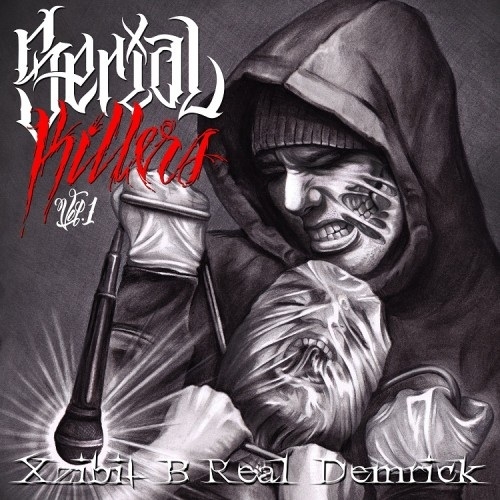 Serial-Killer: “a person who attacks and kills victims one by one in a series of incidents.”  When B-Real, the front-man of the legendary hip hop group Cypress Hill conceptualized his next group effort, he envisioned putting together a team of emcees with the sole purpose of murdering every track and any competition.  The first member he reached out to was fellow West Coast legend Xzibit, known for his brash vocals and hard hitting lyrics.  At the time the two artists were sharing a studio in Los Angeles and were both working with an up and coming emcee by the name of Demrick. With all three members intact the trio went to work on what would be their first project, "Serial Killers Vol. 1".

"Serial Killers Vol. 1" boasts features by Kurupt, Hopsin and Jon Connor, and production by Futuristiks, Sir Jinx, DJ Khalil,Statik Selektah, Green Lantern, Nottz, BINK, Ill Bill, DJ Lethal and more. Click the link below and see for yourself why some have referred to them as the next "Super Group!"