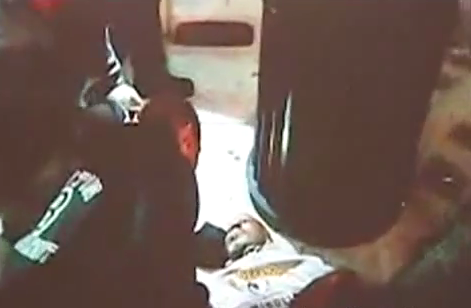 A cop’s son is caught on tape knocking out a defenseless homeless man and starting two other fights, but the police initially refused to arrest him.

Justin Collison, son of Sanford, Florida Lt. Chris Collison went ape sh*t on December 4, 2010. First he walks up to a homeless man who was attempting to break up a fight and punches him from behind, knocking him out. The man, Sherman Ward suffered a broken nose from the assault. 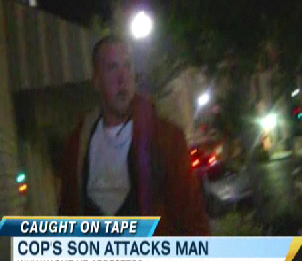 Collison wasn’t done, he approaches a second man, the DJ of The Wet Spot Bar and starts another fight. Witnesses try to subdue him and his friends can be heard scolding him for hitting people randomly.


“Justin, Justin what the f*ck are you doing? Justin get off of him,” one friend says.

Police confirm that Collison was involved in a total of three fights.

Police Chief Jerry Hargrett was at a loss trying to explain why Collison wasn’t arrested, despite the fact cops were on the scene.

"That decision was made by the officers on the scene that night. there's currently an investigation into that question which is a good question of why an arrest was not made," Hargrett told  MyFoxOrlando.

Today we learned that an arrest warrant has finally been issued for Collison, more than three weeks after the incident.

Media coverage and citizens demanding to know why police did nothing initially, probably have more to do with the warrant being issued than anything else. Collison is wanted on a charge of aggravated battery.