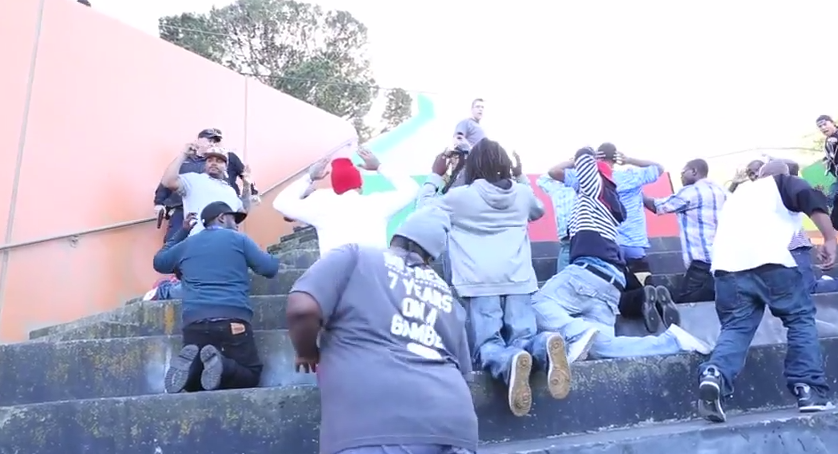 SF Gate reports that police handcuffed 20 men on the set and subsequently arrested 21-year-old Taj Williams on suspicion of being a felon in possession of a loaded semi-automatic handgun and gang allegations. Michael Higginbotham, 24, was popped for suspicion of selling drugs.

Director Brian Storm laid his camera down out of fear of getting shot. It continued to roll however and filmed the entire incident.

Storm was detained while being cuffed and searched. He was later released without being arrested or cited.

He gave his thoughts on the incident in a description of the video clip uploaded to YouTube. 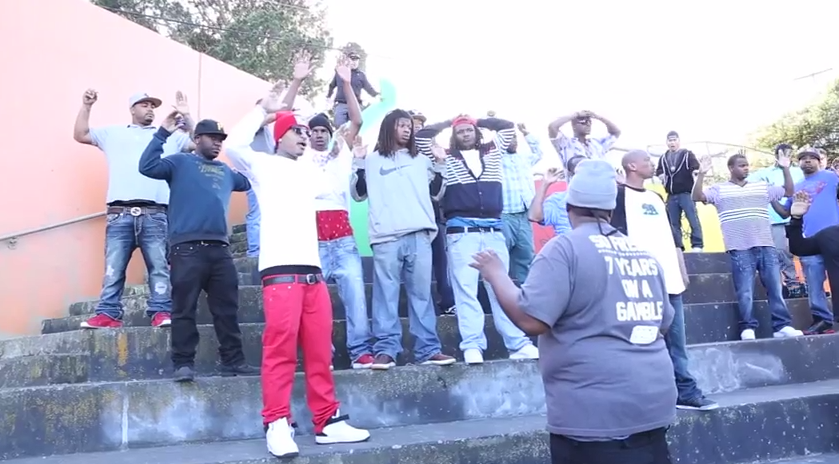 "Young men in a poverty stricken neighborhood, purposely staying busy to stay out of trouble, gathered together to do something positive, creative, and productive and ended up being violently stereotyped and prejudged. When there are many murders in San Francisco, is something as harmless as young men shooting a video something almost the entire sfpd needed to be in one place, armed for? If this is the response for that, why is it that when we in poverty stricken neighborhoods need and or call on the sfpd, they do not show up? Food for thought."

What's your take on this situation?