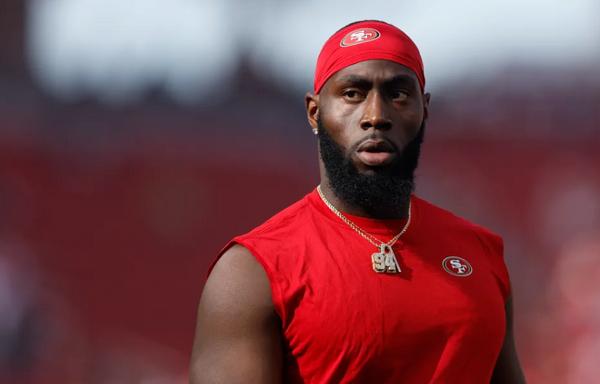 San Francisco 49ers defensive end Charles Omenihu was arrested on a charge of misdemeanor domestic violence following an alleged incident with his girlfriend on Monday, according to the San Jose (Calif.) Police Department.

According to an arrest report, the victim alleged that Omenihu pushed her to the ground during an argument. Officers said that they did not "observe any visible physical injuries," but she did complain of a pain to her arm. The victim declined medical attention at the scene, per the San Jose PD.

Omenihu, who posted bail and no longer is in custody, also was served with an emergency protective restraining order, per the arrest report.

"We are aware of the matter involving Charles Omenihu and are in the process of gathering further information," the 49ers said in a statement on Tuesday.

Omenihu, 25, was traded from the Houston Texans to the 49ers during the 2021 season. The former fifth-round pick out of the University of Texas started three games for the 49ers this past season and recorded 4.5 sacks, 20 tackles, 16 QB hits and three tackles for loss.

San Francisco visits the Philadelphia Eagles on Sunday in the NFC Championship Game.