Rapper and Love and Hip Hop star Benzino was reportedly shot during his mother's funeral procession in Duxbury, Massachusetts

Adam Harding, a reporter for Boston's Channel 7 News, confirmed that the 48-year old former owner of The Source was the victim.

It's an all around tragedy for Benzino's family. Upon learning of his mother's death he captioned a photo of himself with her.

"God knows I have been through alot in my life," he wrote. "BUT EVERY INCH OF GOOD, KINDNESS AND LOVE IN MY SOUL IS BECAUSE OF THIS WOMAN, A BIG PART OF ME IS LOST NOW AND I WILL NEVER BE THE SAME, MA WORDS CANT EXPRESS MY LOVE FOR YOU.I WILL MISS EVERY BREATHING MOMENT, I DONT KMOW HOW I WILL CONTINUE KNOWING YOU ARE NOT HERE. Im lost." The Boston Globe is reporting that the shooting took place on I-95 this morning around 11:55 a.m. State Police Spokesman David Procopio said an argument between family members sparked the shooting. A person driving a Bentley shot the driver of red Dodge SUV. The shooting victim exited his car. A passerby took him to the Duxbury Police Department. He was later transported to the hospital. 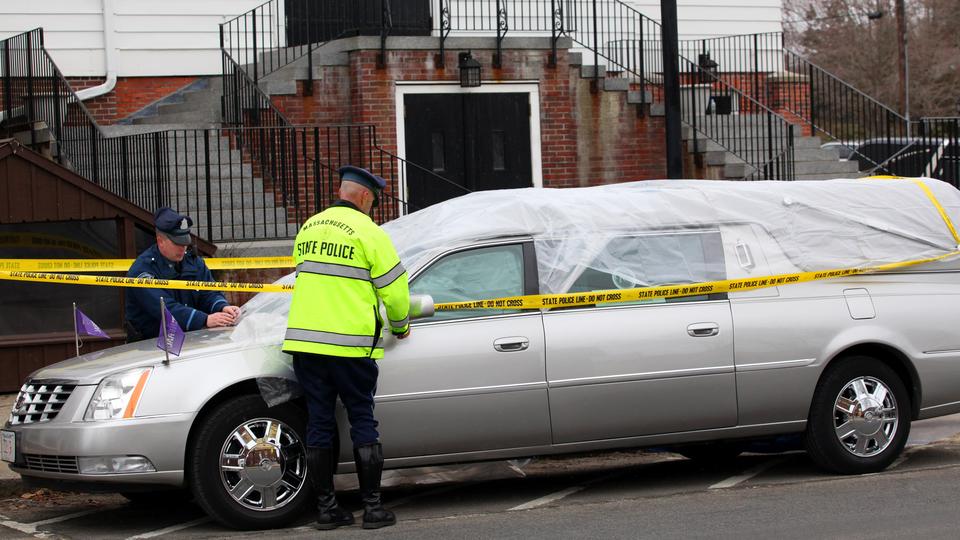 The shooter was arrested and charged with armed assault with intent to murder. The police have not released the name of the shooter or the victim,

Benzino, real name Raymond Scott, has been in the music business since 1984. He's recorded with The Almighty RSO, Made Men and others.

The rapper is also known for past feuds with Eminem, 50 Cent, Julia Beverly of Ozone Magazine and Kim Osario of The Source.

Family members say the two have had issues with each other for some time. After the shooting the rest of the family continued on to the funeral. Father William Williams noticed blood on the hearse when it arrived 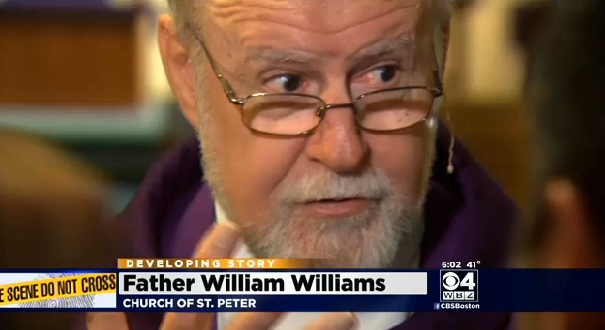 "I said to one of the guys: 'There's blood on the hearse.' There was an incident along the way," Williams said. "The family was there. They were mourning somebody they loved who died so they didn't want to talk cops and robbers."

Because the original hearse was now a part of a crime scene another one had to called out after the funeral to transport Mary Scott's body.

Gai Scott will be arraigned Monday in Plymouth District Court


Police investigating shooting at the funeral of Benzino's mother 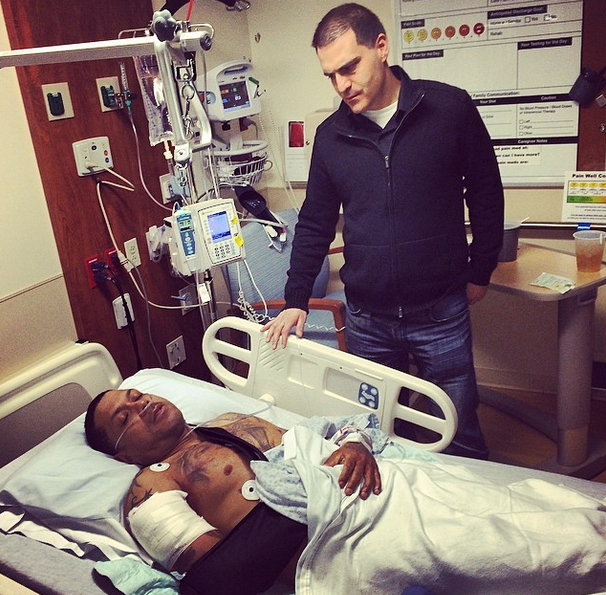 Benzino spoke with TMZ today about the shooting. He said prior to the funeral he hadn't seen Gai Scott in 6 or 7 years. The former owner of the source claims Gai opened fire on him for no reason. 7- 8 shots rang out. He was grazed in the back and a bullet hit his right arm. 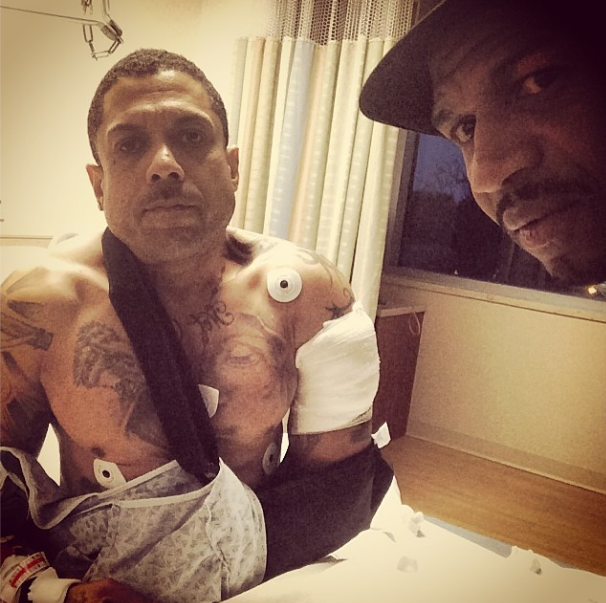 “I can’t talk too much about that only because of course it’s an investigation still going on…Only thing I wanna say about that as far as live on camera is that my mother was a beautiful, beautiful woman And what’s transpired with her over the last 10 years was just really unfortunate. As far as her—I would have wanted her to retire. And be somewhere on the island and stuff, but things happened. Things happened that was out of my control. I’m in Atlanta and she’s up here. And she has other daughters and nephews and stuff. It’s just—it’s unfortunate. Money brings the worst out of people.”


“With my mother not here probably—I just start losing faith in human beings. I just start—because when I grew up it wasn’t like this,” he said. “You know what I’m saying? When I grew up…Just society on a whole. It just, it wasn’t like this. People had genuine love for each other. We live in an age of social media now and it’s no genuine love because you really don’t even know who you talking to half the time…I think with my mom passing and with the things that transpired it’s definitely made me a little bit colder. But then there could be something that happens next week that makes my heart happy again.” 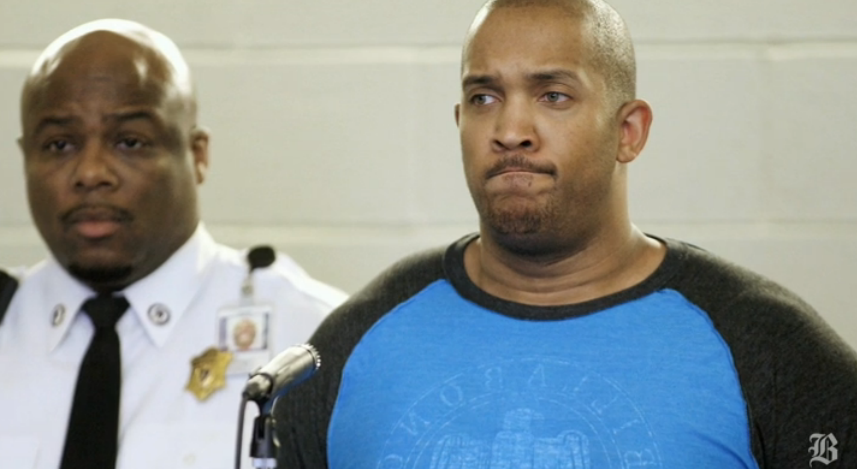 Gai Scott appeared in court today and entered a plea of not guilty.

“I looked over, there was a car, and all I saw was a gun shooting at me,” Scott told the Boston Globe in a phone interview.


“When the dust settles, this case will be shown to be self-defense,’’ said Scott's lawyer Jon Ciraulo.


A statement was issued by the attorney for Maureen Scott, who is Benzino’s sister and Gai Scott’s mother.


“My client and his family, including Maureen [Scott] vehemently deny any accusations that Benzino is making,’’ Coughlin said today. “I would suggest that he [the uncle] has an agenda in utilizing and self-promoting at this time.’’

Benzino's lawyer scoffed at the notion that Gai Scott acted in self defense.

“Six shots into Ray Scott’s car, and he chased him on the highway,’’ said Martin K. Leppo. “That doesn’t sound like self-defense to me.’’


Benzino checked out of the hospital this morning


Benzino -- I Don't Know Why My Nephew Shot Me