Rudy Kurniawan: "Sour Grapes" Con Man Who Made Millions By Selling Cheap Wine In Counterfeit Bottles To Collectors, Deported By U.S. To Indonesia 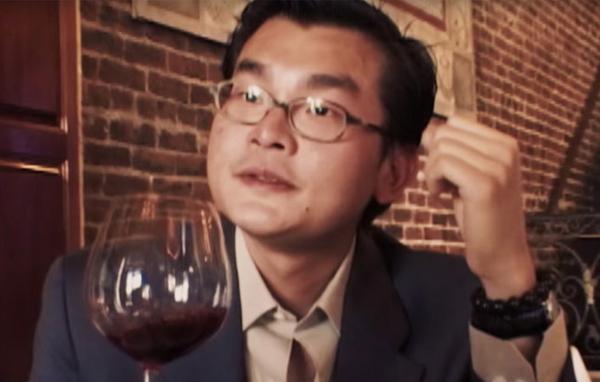 LOS ANGELES (AP) — A one-time California man who bilked wine collectors out of millions by selling cheaper booze he rebottled in his kitchen has been deported to his native Indonesia, U.S. immigration officials said Tuesday.

Rudy Kurniawan, 44, was deported last week on a flight from Dallas to Jakarta.

Kurniawan came to the U.S. on a student visa in the 1990s. He unsuccessfully sought political asylum & was ordered to voluntarily leave the country in 2003 but stayed on illegally.

Kurniawan was convicted of mail & wire fraud in 2013 in a New York federal court & spent 7 years in prison. He was deported after being released from prison into immigration custody last November.

In a public black eye for the wine industry, prosecutors at Kurniawan’s New York trial said he made millions of dollars from 2004 to 2012 by putting less-expensive Napa & Burgundy wines into counterfeit bottles at his home in Arcadia.

The scheme was recounted in the 2016 Netflix documentary, “Sour Grapes,” & in a March episode of ABC’s “The Con.”

In one auction in 2006, Kurniawan sold $24.7 million of wine, a record for a single consignee.

However, the scheme began to unravel after several consignments he submitted for auction were found to be fake. In 2007, Christie’s auction house in Los Angeles pulled a consignment of what was supposed to be magnums of 1982 Château Le Pin after the company said the bottles were fake.

In all, Kurniawan may have sold as many as 12,000 bottles of counterfeit wine, many of which may still remain in collections.