Rick Ross Tries To Clown IG User & Gets Roasted "Where Is Drake When I Need Him To Kill The Rest Of Y'all Careers?"

Sometimes it's best to ignore a negative person on Instagram, instead of giving them a platform to clap at you.

Rick Ross found that out the hard way when he responded to an Instagram user who dissed him in the comment section of a photo he posted of himself and Diddy. "You can have millions of dollars and you still not gonna look good in the club with shades on," HollyHeat2U wrote. 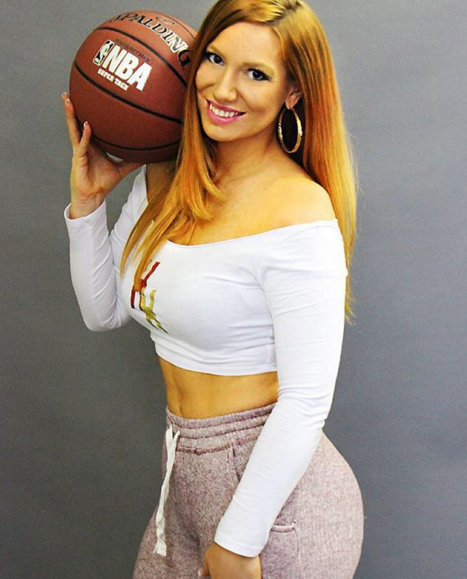 The comment caught Ross' attention. He responded by trying to clown Holly's looks.

Holly, a self-professed "proud Drake fan," provided the final lethal blow when she wrote, "true but at least I'm not fat AF. Where's Drake when I need him to kill the rest of y'all careers???" 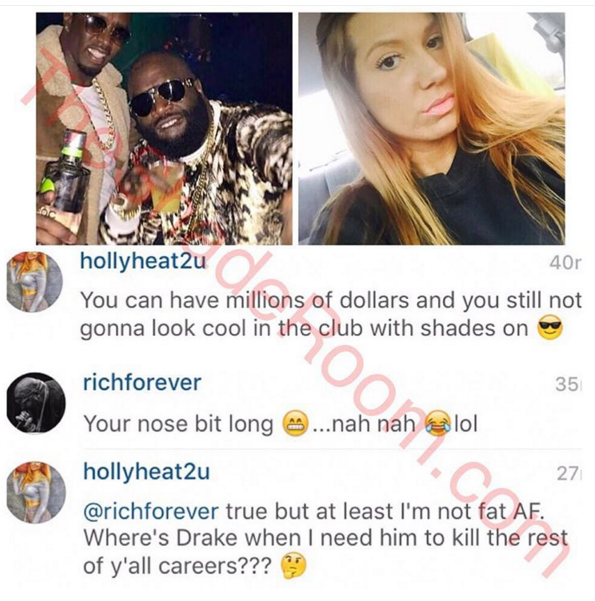