Rich Homie Quan Admits He Loves Drugs When Asked About Nancy Reagan & 'Just Say No.' Gives Homeless Guy $200 & Tells Him To Get Liquor, But He Better Not Buy Crack (Video) 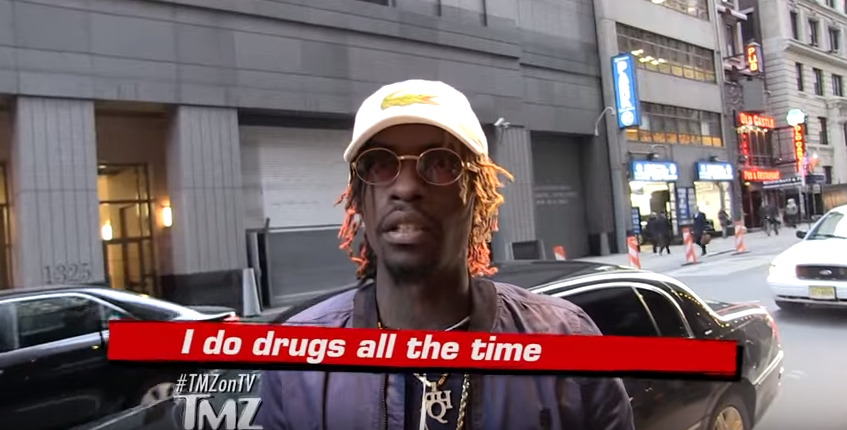 Nancy Reagan, the widow of former president Ronald Reagan, died earlier this week at the age of 94. She's remembered by many for her "Just Say No" campaign during the government's war on drugs in the 80's.

A TMZ cameraman caught up with Rich Homie Quan in NYC to ask him about "the original trap queen."

"Who? Who is that?" Rich responded, before being told that Reagan was the wife of a former president and had taken a firm anti-drug stance. "Shit, I do drugs all the time."

The hilarity was just beginning at that point. 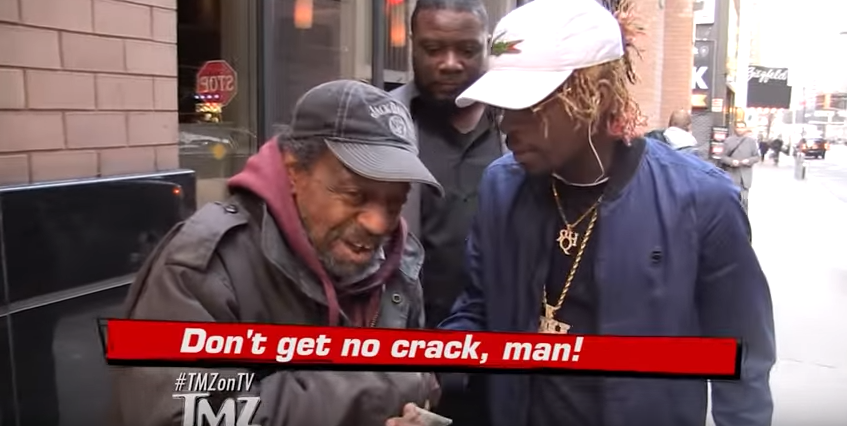 While the cameras were still rolling the rapper was approached by a homeless man.

"You need a little donation?" Quan asks. "What you gonna do with it? Gonna buy something to eat?"

The "Type of Way" hit maker then hands the guy $200 and gives his own anti-drug warning.

"Get you something to eat and get you some liquor," he says. "Don't get no crack, man. I'ma come and find your ass."

Much respect to Quan for giving back, but how do you tell someone not to do drugs when you just admitted that you use them all the time?

Peep the madness below.