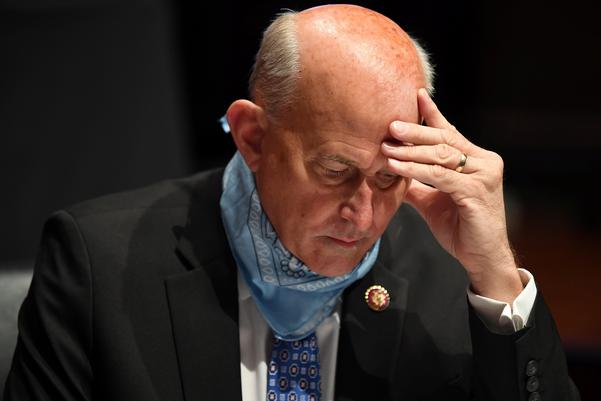 Gohmert has spent ample time on the House floor during votes speaking to aides and lawmakers — without a mask or social distancing. His office did not respond to multiple requests for comment.

Gohmert had been scheduled to fly aboard Air Force One on Wednesday with President Donald Trump to Midland, Texas, where the President is fundraising and touring an oil rig. He tested positive for coronavirus on Wednesday morning during a pre-flight screening at the White House, a person familiar with the situation told CNN. Because of the positive test, Gohmert is not traveling with the President.

A senior Republican aide told CNN the test results have caused issues on the Hill where "a lot of staffers" were ordered to get tests before they can go to meetings and resume activity. Some are sequestering in their offices until they can get tested. Gohmert's office notified Republican leaders, who notified House medical staff and the protocol kicked in for further notification, the GOP aide said.

Gohmert told CNN last month that he didn't wear a mask because he had been tested and he didn't yet have the virus. "But if I get it, you'll never see me without a mask," he said.

In an interview with a local Texas television station KETK on Wednesday, Gohmert suggested he may have contracted coronavirus by incorrectly wearing his mask.

"I can't help but wonder if by keeping a mask on and keeping it in place, that if I might have put some germs or some of the virus onto the mask and breathed it in," Gohmert said. He added that he has been wearing a mask more during the past two weeks than he has in the past three or four months.

"I can't help but think that if I hadn't been wearing a mask so much in the last 10 days or so, I really wonder if I would have gotten it," Gohmert added. "You know, moving the mask around, getting it just right, we're bound to put some virus on the mask that I sucked in. That's most likely what happened."

Incorrectly wearing a mask, including touching and adjusting it in public, can lead to exposure to the virus. Face masks are most effective when wearers do not touch their faces or move the mask around when using it. But Gohmert's claim that such a scenario is "most likely" how he was infected is questionable, as experts say the virus primarily spreads during person-to-person contact.