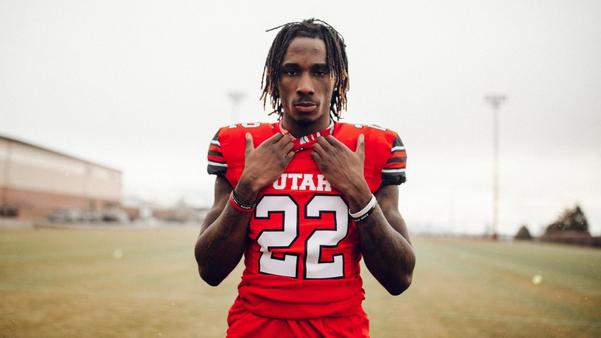 Utah defensive back Aaron Lowe, 21, was killed in a house party shooting in Salt Lake City early Sunday morning, according to the Salt Lake City Police Department. Another victim, an adult female, is in critical condition, and police are searching for the suspect.

"We are devastated to hear about the passing of Aaron Lowe," Utah coach Kyle Whittingham said Sunday. "Our thoughts and prayers are with Aaron's family and friends, along with the other individual who was harmed in this tragic incident. Aaron was a great teammate, friend, brother and son and was loved by anyone who crossed paths with him. He will be deeply missed."

This tragedy for Utah football comes less than a year after running back Ty Jordan died an in accidental shooting in December 2020.

Lowe went to high school with Jordan and changed his number from No. 2 to No. 22 to honor his legacy. He was also the first recipient of the Ty Jordan Memorial Scholarship, adding to the gravity of this news for the Utah football family.

"Ty made everyone around him better," Lowe said.in August after being announced as the scholarship recipient. "He made me better. My friendship with Ty means a lot because he was always pushing me to be my best. He never let me settle for less. I want to make sure his legacy lives on through me."

Utah quarterback Cameron Rising was among the many players to express their love in the wake of the news, tweeting "Rest In Peace A Lowe. Love you brother" on Sunday morning.