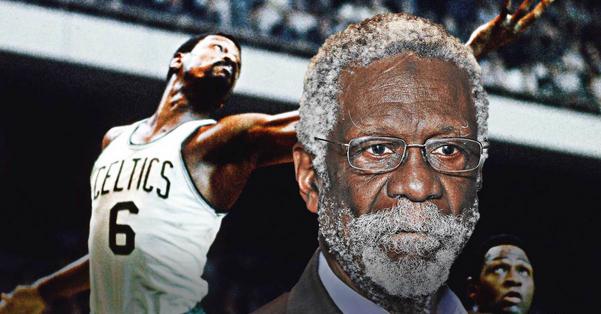 BOSTON (AP) — Bill Russell, the NBA great who anchored a Boston Celtics dynasty that won 11 championships in 13 years — the last two as the first Black head coach in any major U.S. sport & marched for civil rights with Martin Luther King Jr., died Sunday. He was 88.

His family posted the news on social media, saying Russell died with his wife, Jeannine, by his side. The statement did not give the cause of death.

NBA Commissioner Adam Silver said in a statement that Russell was “the greatest champion in all of team sports.”

“Bill stood for something much bigger than sports: the values of equality, respect and inclusion that he stamped into the DNA of our league. At the height of his athletic career, Bill advocated vigorously for civil rights & social justice, a legacy he passed down to generations of NBA players who followed in his footsteps,” Silver said. “Through the taunts, threats & unthinkable adversity, Bill rose above it all & remained true to his belief that everyone deserves to be treated with dignity.

A Hall of Famer, 5-time Most Valuable Player & 12-time All-Star, Russell in 1980 was voted the greatest player in the NBA history by basketball writers.

The native of Louisiana also left a lasting mark as a Black athlete in a city & country where race is often a flash point. He was at the March on Washington in 1963, when Martin Luther King Jr. gave his “I Have a Dream” speech & he backed Muhammad Ali when the boxer was pilloried for refusing induction into the military draft.

In 2011, President Barack Obama awarded Russell the Medal of Freedom.