Queen Latifah and Jamie Foxx Team Up for New Movie 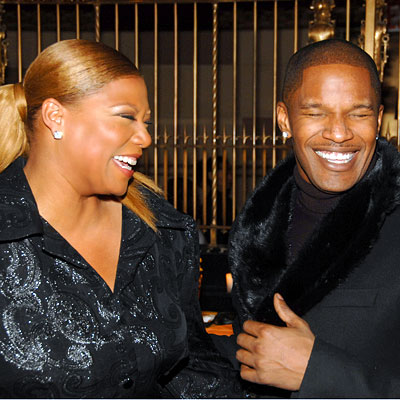 The February 2010 due movie “Valentine’s Day” already sports a superstar cast, including Bradley Cooper, Julia Roberts and Patrick Dempsey — and it just got even bigger.

According to The Hollywood Reporter, Oscar winner Jamie Foxx has jumped on board the romantic comedy, being directed by Garry Marshall.

The movie focuses on five Los Angeles based stories that intersect on Valentine’s Day.

Jamie is set to play a sports reporter following a story.

Queen Latifah will play an agent for “Grey’s Anatomy” star Eric Dane, who stars as a football player in the film, the trade paper reported.

Carter plays a teen hoping to lose his virginity to Emma Roberts, who is also in the film.