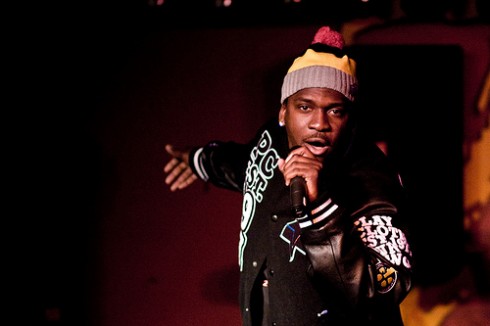 Pusha T is finally getting his time to shine. Not that people didn't know how good he was before, it just seemed that Pusha's group, Clipse with his brother, Malice never got the major look he's getting now.

Signing with Kanye West's G.O.O.D Music imprint gives Pusha an all star cast in Yeezy, John Legend, Common, Kid Cudi and Mos Def to work with.  Along with up and comers Cyhi Da Prince and Big Sean

Pusha's getting to work right away.  After dropping his 'Fear Of God' mixtape recently Pusha told AllHipHop that he and Kanye have put in some time in the studio on his solo.

"Me and Kanye have been in [the studio] and we’ve done a good five or six records, and we’ve left them alone," Pusha said. "Then we’re gonna revisit it. We’re about to go to Chile, actually this week sometime, and we’ll probably do a show and just revisit some of the records."

No timetable on the album's release date.